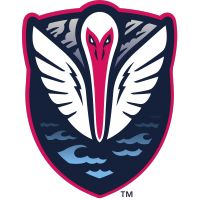 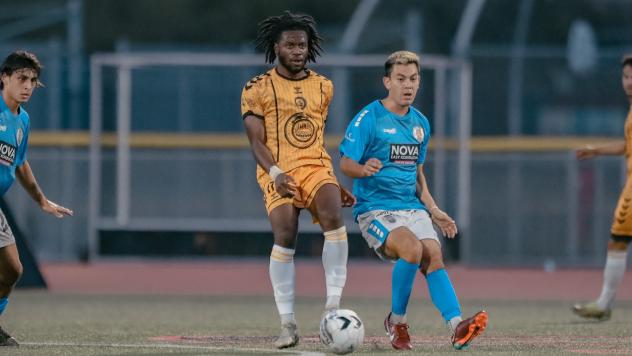 STATESBORO, Ga. – South Georgia Tormenta FC has announced the addition of midfielder Elijah Amo to its 2023 USL League One roster on a one-year deal with a club option for another year, pending league and federation approval.


“We’re always searching for guys in the market who have just slipped through the cracks but have high potential,” Ian Cameron, Head Coach of South Georgia Tormenta FC, said. “Elijah fits that mold. He was a really impactful player at Louisville, but joining an MLS organization midseason is not easy, and sliding doors scenarios can happen both ways. Maryland Bobcats as an organization do a really nice job giving home to some of these boys, and we’re excited to have the chance to bring Elijah to Tormenta now. Dynamic wingers will always be a feature of our staff, and in Elijah, we have someone who can beat players with the ball at his feet but also beat players with his movement behind the opposition. If he keeps improving his output, he will have a great career in the game.”

Amo joins Tormenta FC after a successful year with the Maryland Bobcats FC in 2022. Amo quickly became a fan-favorite after being a pivotal part of Maryland’s playoff run. Amo featured in 21 games across all competitions and contributed with five goals and four assists.

Amo was selected 34th overall in the 2021 MLS SuperDraft by Real Salt Lake.

“I really liked what the coaching staff had to say about the Tormenta community, as well as their goals for the club moving forward,” Amo said. “I love the team’s principals and style of play and believe that I can help in many ways. I’m very excited about the 2023 season and looking forward to getting down to Statesboro, meeting the rest of the team, and getting to work on the pitch.”

Collegiately, Amo starred at the University of Louisville, where he played in 60 games and totaled 3,045 minutes at Louisville. Amo contributed with six goals and four assists throughout his time at Louisville. While at Louisville, he was a part of the 2018 ACC Championship team and was named a Third Team All-ACC player in 2021.

The DMV native played with Bethesda Soccer Club/Academy from the age of 10 to 18, winning the Maryland State Cup and US Youth Soccer Region 1 Championship. Amo was also a part of the United States U-16 Youth National Team.

The growing 2023 roster features a strong core of seven…