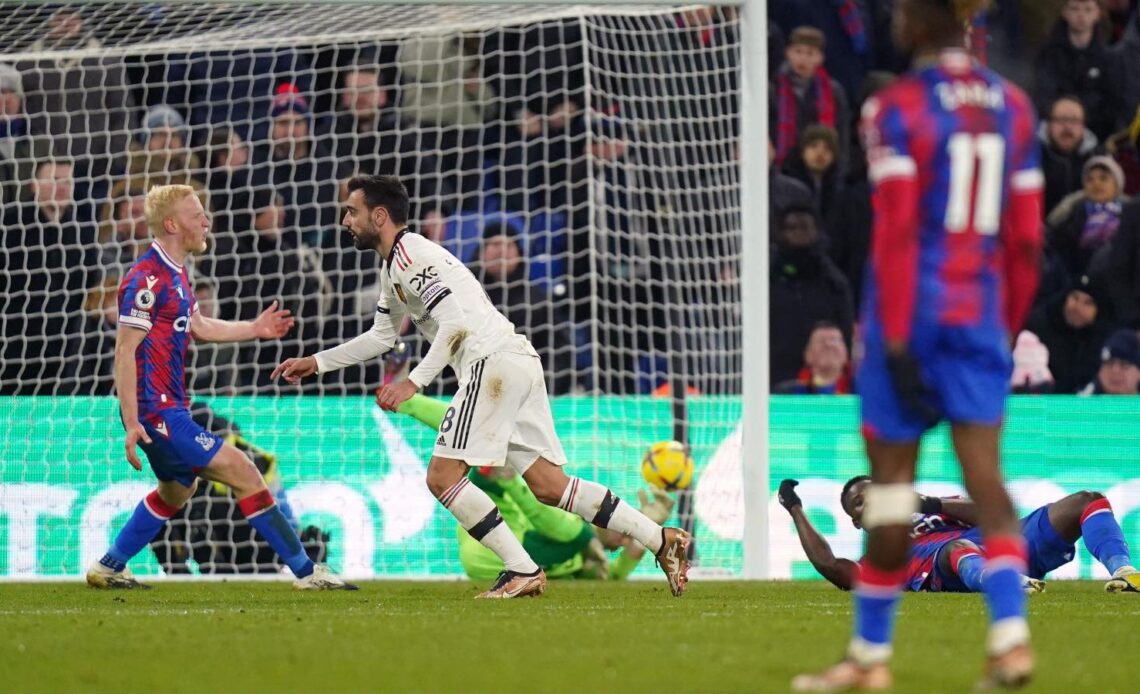 Michael Olise’s equaliser was less of a surprise than an uncomfortable dawning realisation about Erik ten Hag’s Manchester United.

If you’re feeling a strange pang in your stomach, a shiver down your spine or bile in the back of your throat while watching Manchester United these days, you are not alone.

They’re feelings that arrive upon a realisation that is the antithesis of everything you were told by your parents, siblings and school mates, reinforced by holier-than-thou This Is Manchester United nonsense from a club that even when they’ve not been that good, you have taken the greatest pleasure in seeing them lose.

Hating Manchester United is about the only thing non-Manchester United-supporting fans can agree on. Their pundits are everywhere, banging on about their decade-old dominance. There’s The Class of ’92, The Treble, United DNA. It really is so easy to hate them.

How unsettling then that Erik ten Hag and this nest of pr*cks threaten to take that simple joyful hatred away from us by – dare we say it – being a likeable Manchester United.

There’s Casemiro, who told his agent “I’ll fix this” as he watched them get spanked by Brentford at the start of the season, joined, and did. There’s Marcus Rashford, who’s taken a break from saving children’s lives to focus on his football. There’s Christian Eriksen, who came back to life and is impossible not to love for that reason and more. There’s Lisandro Martinez, who’s a sh*thouse, but a fun one, and Raphael Varane, quiet and assured beside him.

And just when you’re clinging to the hope they might sign a striker you hate to replace the thunderc*nt who’s just left, big friendly giant Wout Weghorst bumbles onto the pitch in red. It’s f***ing ridiculous.

The United fans tested our newfound affection for the first ten minutes against Crystal Palace, singing Eric Cantona songs commemorating the last time they played away at Selhurt Park on a cold January evening and the Frenchman kung-fu kicked a supporter. But it would be too much to expect us to take the fans to heart along with the team.

The likability of Manchester United as a whole means we can’t help but warm to those who cause us to most strongly doubt our own hypothesis.

Antony and Bruno Fernandes spent a good minute angrily flapping their arms and insisting the other was a lady of the night in Portuguese, but our first thought wasn’t how much of a nightmare it would be to play football and be in a…