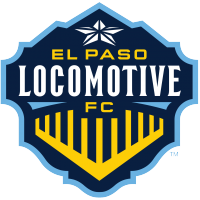 “Diaz is a young goalkeeper who knows when to come off his line and fight for balls in the air, something important in our goalkeeping philosophy,” Goalkeeper Coach JC Garzon said about the 24-year-old. “He came from a strong Mexican youth structure and we will help him continue to develop into a strong and resilient goalkeeper.”

Diaz most recently played in the USL Championship on loan with Oakland Roots, playing 13 matches and keeping three clean sheets to help Oakland in its campaign to clinch a 2022 playoff spot. For Tijuana, Diaz made five appearances and recorded one clean sheet in his two seasons with the club.

El Paso will be announcing more roster additions as the club gears up for a milestone fifth season in the USL Championship.

El Paso Locomotive’s roster as it currently stands for the 2023 USL Championship season is below, listed alphabetically by position: