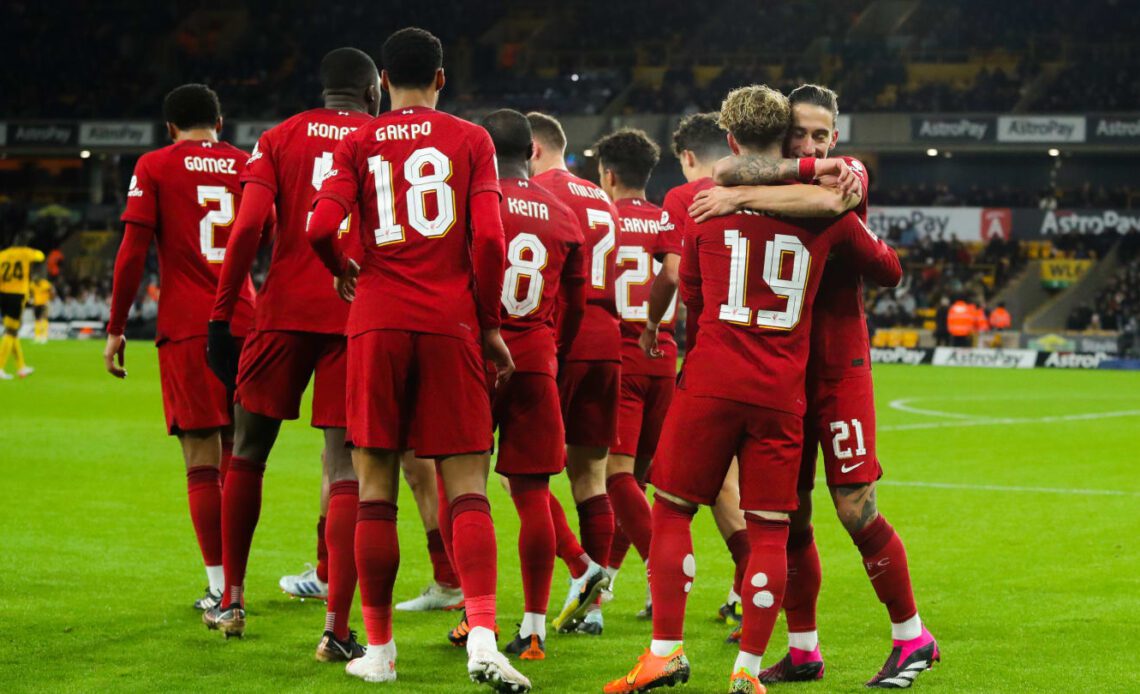 Boy, did Liverpool need that. Back-to-back Premier League defeats, during which they conceded six times and scored just once, thrust Jurgen Klopp’s Reds into crisis mode.

They currently sit ninth in the table having accumulated just 28 points from 18 games. On Tuesday night, however, they were offered some respite as Julen Lopetegui heavily rotated his starting XI for Wolves’ FA Cup third-round replay against Klopp’s side.

The German, too, rotated his XI and it was teenager Harvey Elliott, a prominent member of the first team this season, who struck the decisive blow in the first half as Liverpool advanced into the fourth round with a slender 1-0 win at Molineux.

Their victory sets up a rematch with Brighton at the Amex, and here’s how their upcoming schedule looks after their fourth round tie was confirmed.

Two struggling giants collide at Anfield this weekend with both Klopp and Graham Potter in desperate need of securing a big victory to potentially ignite their side’s campaign.

The Blues, who are currently level on points with Liverpool having played a game more, secured an important win against Crystal Palace last time out, but they’ll be without the suspended Joao Felix for this encounter. However, there could be a debut for €100m man Mykhaylo Mudryk. The Ukrainian could face up against Trent Alexander-Arnold on Saturday.

The Reds are back in FA Cup action to round off January as they return to the AMEX to take on Roberto de Zerbi’s impressive Seagulls.

Klopp’s side were overwhelmed by Brighton’s proficiency in the build-up and Solly March’s efficiency in the final third as they succumbed to a 3-0 thrashing in their last Premier League encounter.

A different dynamic is expected in this cup tie, but there’s no doubt Liverpool have been handed one of the trickiest challenges they could’ve got.

Another familiar setting! Liverpool were victorious at Molineux on Tuesday night to set up their impending fourth round tie with Brighton, but they’ll face up against a different-looking Wolves side when they next make the trip to the Midlands at the start of February.

Wolves are enjoying a mini-resurgence with Julen Lopetegui at the helm, and the relegation-threatened outfit will be well rested heading into this one.

The Reds were held by their Merseyside rivals in the opening derby of the season and they’ll play host to the Toffees on Monday night in mid-February.

Everton have beaten Liverpool at Anfield just once in the 21st century, and it’s likely that a new…