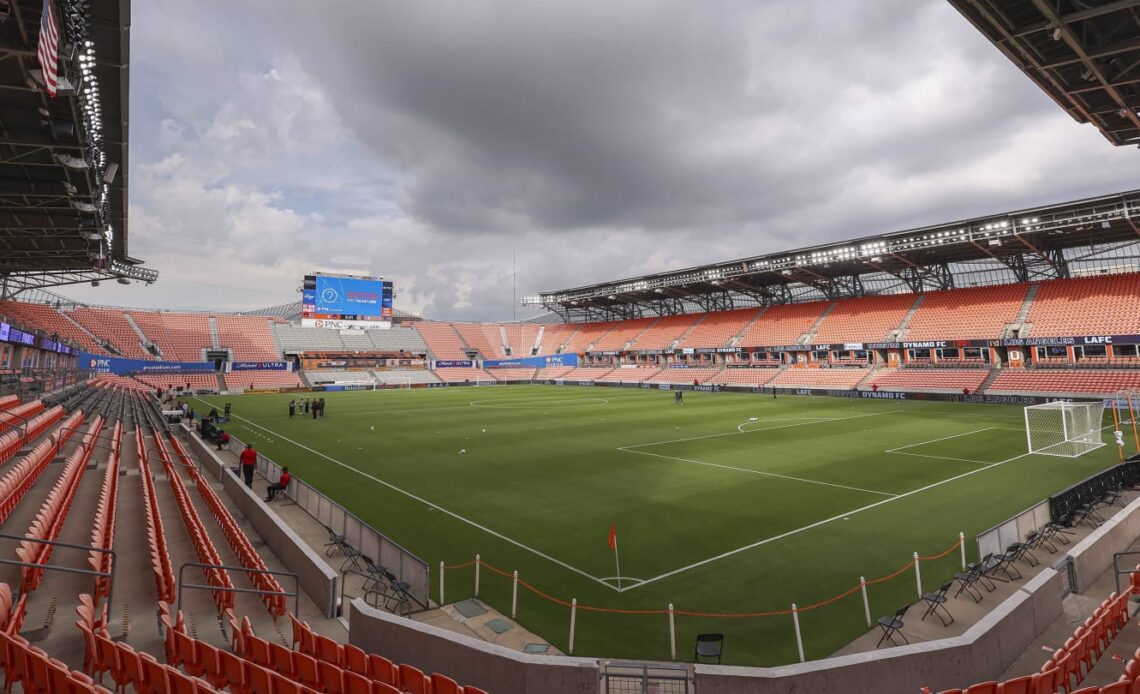 The Houston Dynamo have announced a new naming rights agreement, with their venue being known as Shell Energy Stadium starting from the 2023 MLS season.

The 21,000-seater venue, which also plays host to NWSL side the Houston Dash, has previously been known as PNC Stadium and BBVA Stadium.

“On behalf of the club, we are ecstatic to not only expand our relationship with Shell Energy, but combine efforts to truly impact the city of Houston through an array of community and sustainability projects,” Dynamo majority owner and chairman Ted Segal said in a club statement.

“We look forward to welcoming our passionate fans to Shell Energy Stadium this spring following an extensive renovation to enhance the experience of all guests. Thank you to the Shell Energy team for their commitment to our organization and to Houston.”

The Shell Energy brand will now be featured prominantly throughout the stadium, including in a new marquee signage at the north end.

In addition to the naming rights, the Dynamo and Shell Energy are collaborating on a variety of energy and decarbonization solutions at the stadium, while also working together on a number of community projects. The club is looking to reduce its greenhouse gas emissions by 50 percent by 2026 in comparison to 2018.

“This announcement is the result of the tireless work from both organizations to make this opportunity a reality,” Dynamo chief operating officer and Dash president Jessica O’Neill said. “This transformative relationship will extend far beyond our footprint in downtown and we’re thrilled to continue to improve our community alongside Shell Energy.”

Since Segal took over as majority owner in June 2021, the stadium has undergone multiple renovations, including the addition of a safe-standing section for supporters groups, and two premium spaces in the south end.