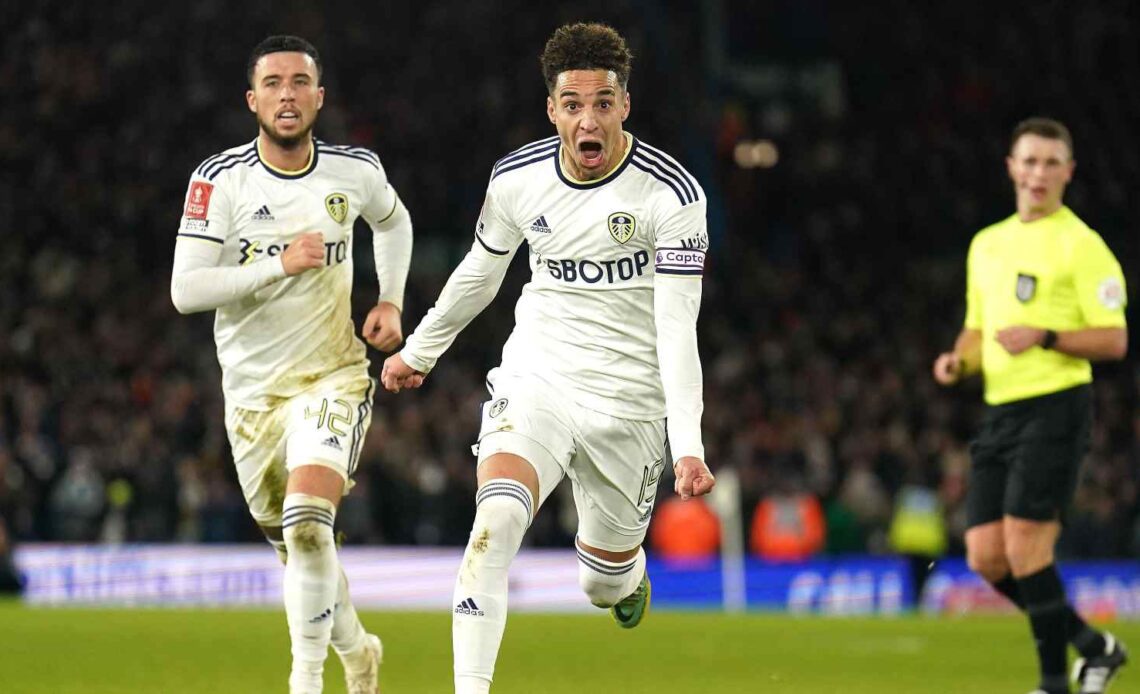 Leeds United strolled through to the FA Cup fourth round with a convincing 5-2 win against Championship side Cardiff City.

Willy Gnonto gave Leeds a flying start with a stunning volley inside the opening minute and fired home his second after Rodrigo had struck his 11th goal of the season to put his side 3-0 up before the interval.

Substitute Patrick Bamford then bagged a second-half double before Callum Robinson scored two late consolations for Cardiff, the second a penalty, as Leeds reached the fourth round of the competition for the first time in six years.

Leeds scored five goals for the first time since beating West Brom 5-0 in December 2020 and now face an away tie at Accrington or Boreham Wood.

A stoppage-time equaliser from Leeds teenager Sonny Perkins salvaged a replay at the Cardiff City Stadium 10 days ago, but the managerless Sky Bet Championship strugglers were put to the sword before half-time.

Cardiff sacked Mark Hudson after Saturday’s 1-1 home draw against Wigan extended their winless run to nine games in all competitions, but it was a night to forget for interim boss Dean Whitehead in his first game in charge.

Rodrigo clipped an inch-perfect ball into the penalty area, which cleared Cardiff defender Tom Sang, and Gnonto scissor-kicked his volley into the roof of the net after just 28 seconds.

Gnonto was denied by Cardiff goalkeeper Jak Alnwick’s superb save, but Leeds effectively killed the tie with two goals in as many minutes to move 3-0 up before half-time.

Rodrigo cut inside after latching on to Jack Harrison’s fine pass to curl home a low finish for his 11th goal of the season in the 34th minute and Gnonto drove home his second of the night following an incisive counter-attack.

Cardiff thought they had pulled one back before the break when skipper Curtis Nelson headed home Sheyi Ojo’s corner.

But after a VAR intervention, referee Thomas Bramall ruled it out as Andy Rinomhota had been offside.

Leeds picked up where they left off after the restart and Gnonto fired into the side-netting as he went in pursuit of a hat-trick.

Alnwick kept out substitute Joe Gelhardt’s stinging drive, but two more half-time replacements combined to put Leeds 4-0 ahead in the 71st minute as Bamford ran on to Luke Ayling’s pass and applied a neat finish.

Bamford notched his second to make it 5-0 five minutes later, nonchalantly finishing with the outside of his left boot after being set up by Gelhardt.

Cardiff substitute Robinson took some of…