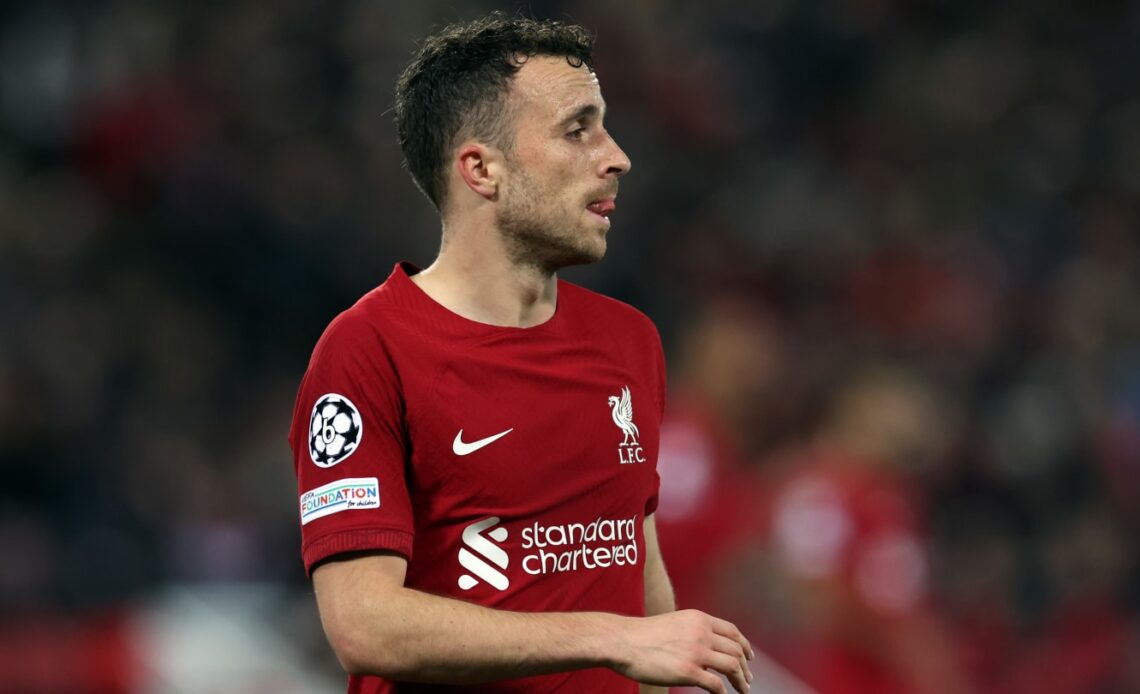 Jurgen Klopp has confirmed that Diogo Jota has returned to Liverpool training after a lengthy injury lay-off.

The Portuguese forward has been out of action since mid-February due to a calf injury – missing 21 Liverpool games in that period.

Speaking in his press conference on Monday ahead of the Reds’ FA Cup third round reply with Wolves at Molineux, Klopp revealed that Jota could be back for the UEFA Champions League clash with Real Madrid, stating:

“I don’t know exactly how long Diogo will be out for, but he looks really good. He is out there on the pitch and doing a lot of stuff already but he will be out for another few weeks. In contention for the Champions League? From my point of view, yes.”

Klopp also provided an update on Darwin Nunez’s fitness after the big-money signing missed the weekend’s harrowing 3-0 defeat to Brighton: “[There has been] progress with all [players out].

“Darwin is very close, but it’s Monday and tomorrow is the game. But he’s very close.“

Liverpool are also still without the services of defensive leader Virgil van Dijk however, who is set to miss more than a month of action after suffering a hamstring injury in the defeat to Brentford.