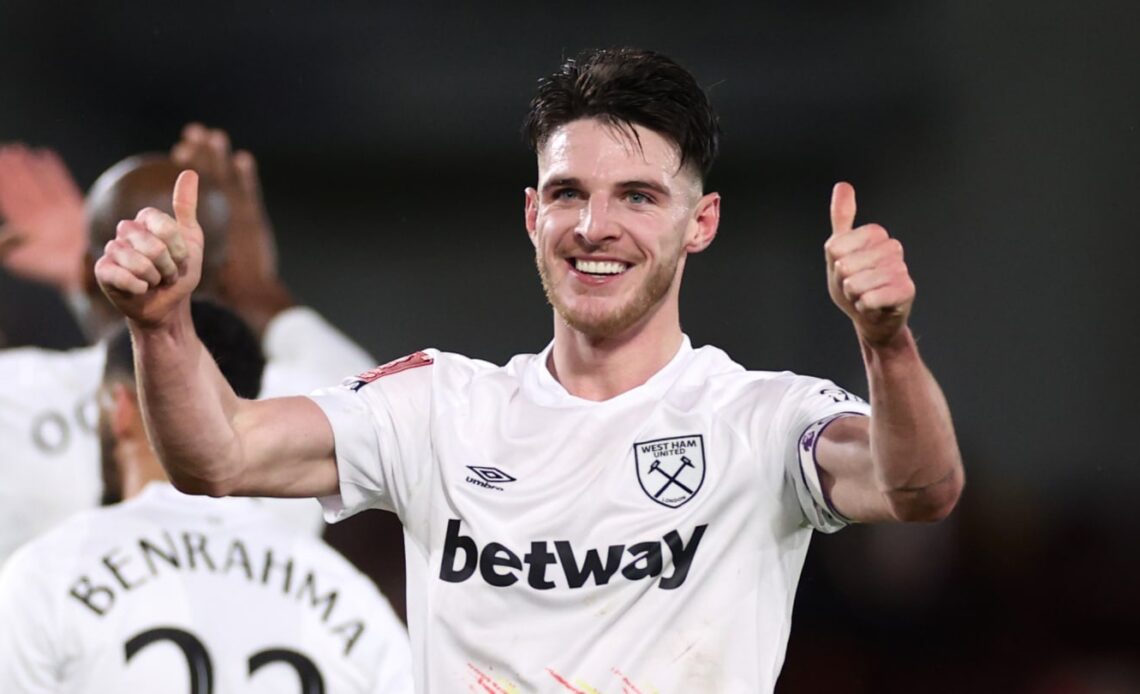 Arsenal are confident of beating Chelsea to the £80m signing of West Ham United captain Declan Rice. Manchester United have previously been linked with a move. (The Times)

After missing out on Mykhaylo Mudryk, Arsenal are also looking to add another winger this window. However, summer target Raphinha has made it clear to Barcelona that he has no desire of leaving to join the Gunners. (SPORT)

With Mudryk (and plenty others) now through the doors at Stamford Bridge, Chelsea are beginning to receive offers for some of their squad players. Newcastle United have a particular interest in Conor Gallagher and Hakim Ziyech. (Daily Telegraph)

Borussia Dortmund have revealed that in-demand striker Youssoufa Moukoko has been offered a bumper new contract with his current deal about to expire, while they have not received any official offers for Jude Bellingham despite interest from Real Madrid, Liverpool and Manchester City. (kicker)

Manchester United have scheduled a fresh round of talks with the agent of Facundo Pellistri regarding a potential loan move away this month. The Uruguay international impressed in their recent Carabao Cup win against Charlton. (Fabrizio Romano)

Liverpool and Tottenham have been offered the chance to sign Arnaut Danjuma from Villarreal. The Yellow Submarine are allowing the Dutch forward to remain in England in order to secure a return to the Premier League this month. (Relevo)

Barcelona midfielder Franck Kessie has agreed to join Inter as part of a swap deal involving Marcelo Brozovic. The Ivorian only signed for La Blaugrana in the summer from Milan. (Alfredo Pedulla)

Lionel Messi has verbally agreed to a contract extension with PSG, killing any lingering Barcelona hope of a return to Camp Nou. (Gaston Edul)

Tottenham have been joined by Newcastle and Everton in the race to sign Ecuador centre-back Piero Hincapie from Bayer Leverkusen. (Football Insider)