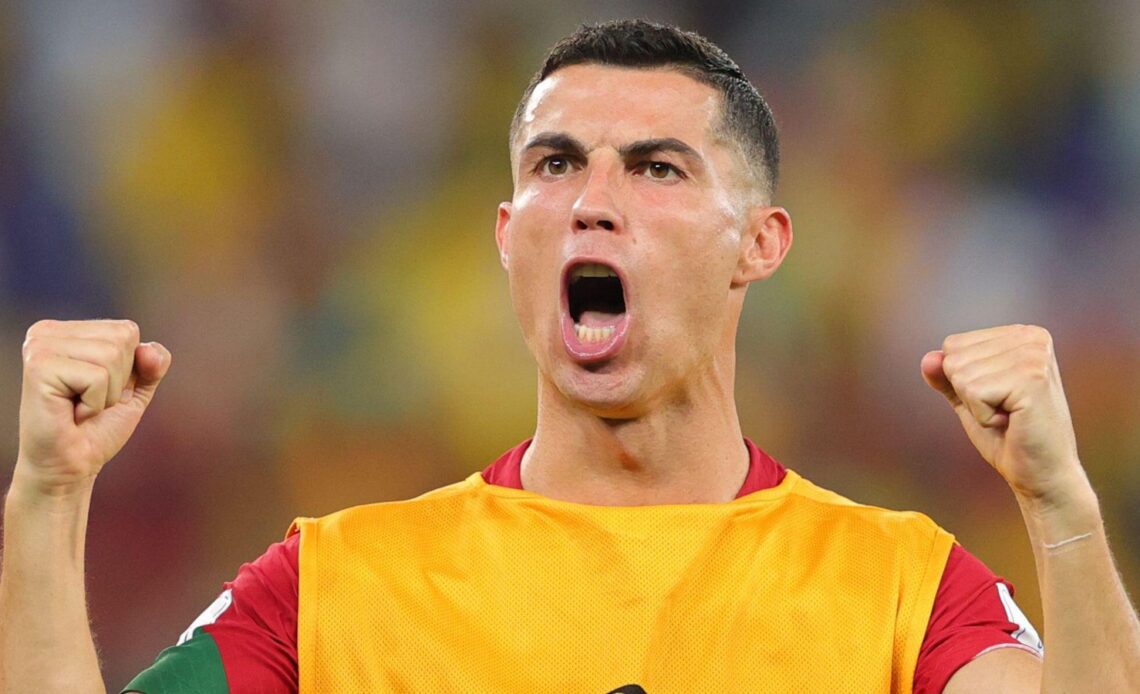 Cristiano Ronaldo has FINALLY spoken out about his situation with Man Utd, while there is debate over the message Harry Kane has sent to FIFA.

Silence treatment
Even in the intense grip of a mid-season World Cup, the Man Utd click is king. So when Cristiano Ronaldo scored for Portugal against Ghana, the usual Content Creators would have been rubbing their hands with glee.

But this is utter nonsense from The Sun website – an evergreen statement if ever there was one.

‘Ronaldo breaks silence on Man Utd axing after goal in Portugal’s World Cup win,’ is their headline to a story in which said silence-breaking is Ronaldo simply saying: “This chapter is closed”.

Hardly. Not if the British tabloids have anything to do with it.

Depressingly anodyne as that silence-breaking statement is, it’s absolutely very obviously not the first thing Ronaldo has said since his ‘Man Utd axing’. Not even vaguely. And everyone knows it. He published his thoughts on the matter just two hours and 48 minutes after the Premier League club released their official statement confirming his mutually agreed departure. He can’t have broken his silence on Tuesday evening and Thursday night.

Girl, put your records on
“We know the first match is crucial. But also a world record. The first player to score in five World Cups. That makes me proud,” Ronaldo also said while breaking his silence.

Chat sh*t, get banged
Another Sun website story on Ronaldo – for this is a well that never truly runs dry – spouts this complete b*llocks:

‘It capped Ronaldo’s first performance since he sent the footballing world potty – and sparked his own acrimonious split from Manchester United – with his internet-breaking chat with Piers Morgan on Talk TV.’

Oh aye, those servers pretty much had to be reinforced. Only 11 billion or so more views to catch up with Baby Shark.

Just because Piers Morgan wants everyone to believe it was the biggest interview ever does not make it even vaguely so.

By the book
‘Cristiano Ronaldo made history again on Thursday night then declared he has closed the book forever on his relationship with Manchester United’ – Dominic King, Daily Mail.

Think Manchester United very much declared that themselves two days prior.