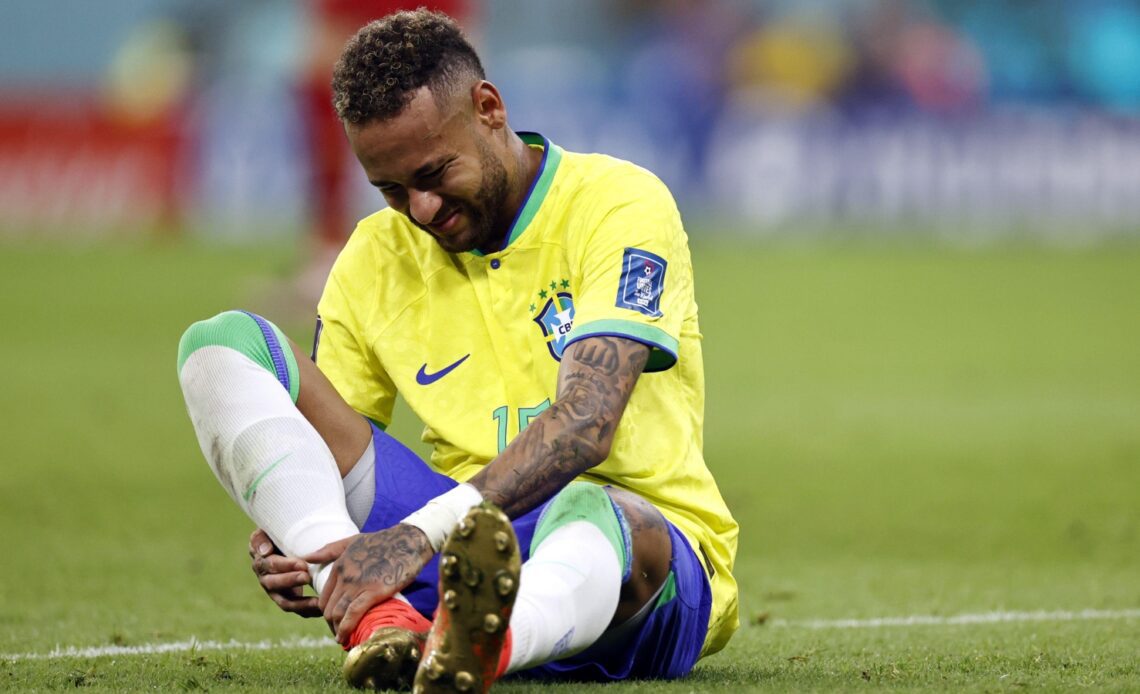 Neymar went down holding his ankle late on in Brazil’s opening World Cup fixture against Serbia.

The Paris Saint-Germain forward played on for ten minutes before being substitued.

He was then seen in tears on the bench as he feared the worst.

Teammate Danilo was also substituted with an ankle injury and went for an MRI scan with Neymar on Friday to diagnose their respective problems.

“We can already say that we will not have the two players for our next game, but they remain in treatment with our objective of trying to recover in time for this competition,” Dr Lasmar said on the Brazilian Football Confederation website.

Scans showed Neymar had suffered a lateral ligament injury to his right ankle along with small bone swelling.

“The players Neymar and Danilo started the treatment yesterday immediately after our game. Today in the morning they were reassessed,” Dr Lasmar said.

“We thought it was important to do an image exam, an MRI so that we had more data on the evolution of the two players .

“Players remain in treatment. It is very important for us to be very calm, peaceful, this assessment will be carried out daily so that we have information and make the best decisions based on that.”

A brace from Richarlison helped Brazil win their World Cup opener and after Monday’s clash with Switzerland, they conclude their group phase campaign with a match against Cameron on December 2.

Neymar has a history of ankle injuries and was ruled out for two-and-a-half months last season with a similar issue.

Brazil manager Tite is confident his talisman will play again in the tournament.

He said: “You can be sure that Neymar will still play in this World Cup. I’m certain about that.”

“These adverse circumstances will only make the group stronger.”

READ NOW: Qatar almost the first out of their own house party as 2022 World Cup is given a host it deserves