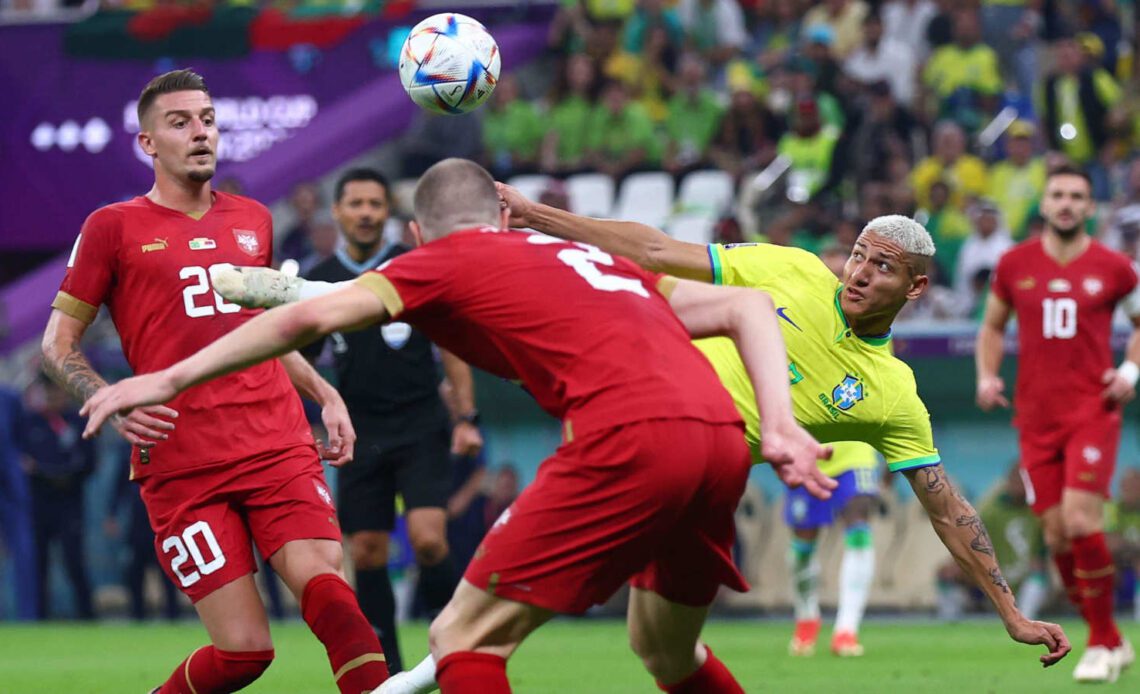 They took a while to get going, but Brazil and Richarlison turned on the style to see off a determined and stubborn Serbia team.

This was the reason they bid to host the tournament in the first place. The sunshine yellow shirts. The hands on hearts for the national anthem. The smiling, face-painted supporters waving for the cameras in an air-conditioned enorm-o-dome in the edge of a desert. All those archive shots of Pele and company tearing everybody apart, more than half a century ago.

When Qatar decided to spend £200bn on hosting the World Cup, they were thinking of these moments. O jogo bonito, packaged and purposed for the 21st century football consumer.

Except it’s not quite as simple as that. Following elections in the country earlier in the year, Brazilian president Joao Bolsonaro is still refusing to concede defeat and is now – and where have we heard this line before? – contesting the results, none of which would mean anything so far as the Brazil national football team was concerned were it not for the fact that Bolsonaro explicitly politicised those famous yellow shirts during his election campaign, and he can count several of this Brazil players among his supporters.

So Brazil arrive at the 2022 World Cup a country as divided as any other.

Back in Brazil, left-wing supporters of the election winner Luiz Inácio Lula da Silva are hoping that the first actual game of football in the World Cup will give them the opportunity to ‘reclaim’ the shirt for the whole of Brazil, before it becomes the unofficial uniform of one particular political faction.

And then, of course, there’s the burden of expectation. That can do funny things to a team, all the more so given that it’s now been two full decades since they last won it.

Brazil have failed to beat European opposition in the knockout stages of the World Cup since beating Germany in that 2002 final, and with every four-year cycle that has gone by, that clamour has only grown louder.

This reached a frankly extraordinary peak at the 2014 semi-final against Germany in Manhaus, when a back injury to Neymar before the match led to the players posing for their team photo with his shirt in a moment of pre-match strangeness that has been overshadowed by the remarkable game that followed, which ended in an extraordinary act of national self-humiliation – possibly the biggest the world game has ever seen.

In some respects, Serbia were a tricky support act for the roadshow to trundle into…