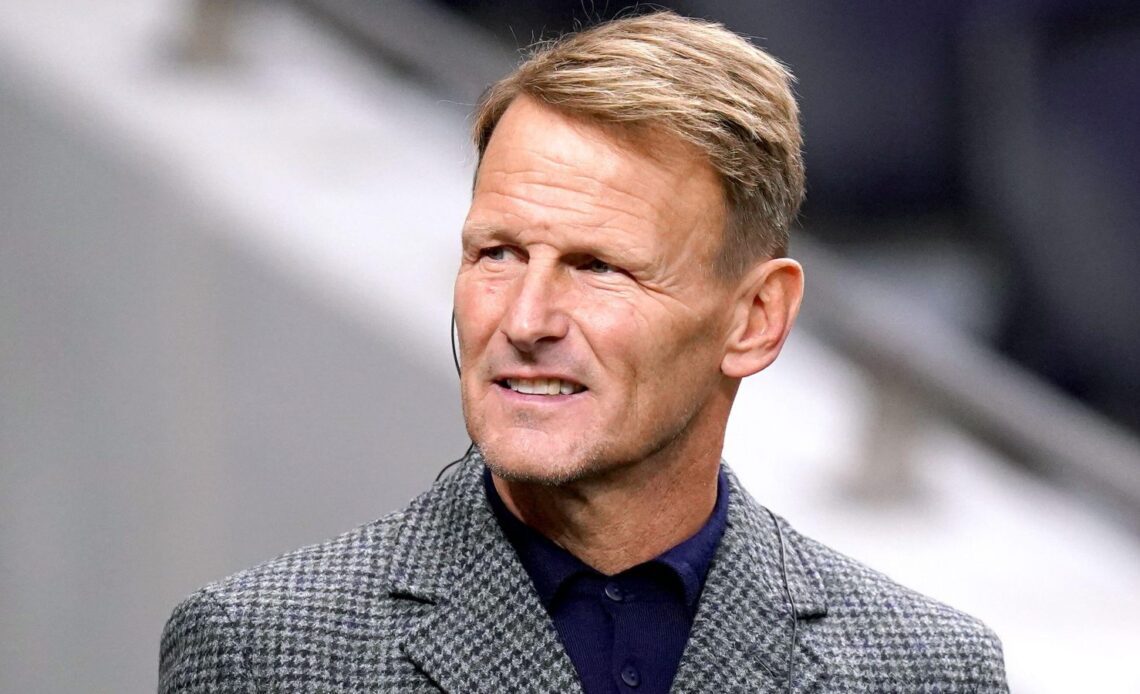 Cristiano Ronaldo left Old Trafford by mutual agreement on Tuesday with the Portugal international now able to join another club ahead of the second half of the season.

His controversial interview with Piers Morgan was the final straw for Man Utd after Ronaldo had refused to come off the bench against Tottenham earlier in the campaign.

And a number of players have already been linked as potential replacements for the 37-year-old with Man Utd now relying on Marcus Rashford and an injury-prone Anthony Martial.

PSV forward Gakpo has been heavily linked as we approach the January transfer window after the Red Devils attempting to secure his signature in the summer.

Gakpo, who scored in Netherlands’ 2-0 World Cup win over Senegal on Monday, has contributed nine goals and 12 assists in 14 Eredivisie appearances this term.

But former Man Utd striker Sheringham is strongly opposed to the idea of signing Gakpo with the Red Devils needing a centre-forward.

“Man United do not need another flitty player like Gakpo in their ranks,” Sheringham told BoyleSports.

“We need a centre-forward who can lead the line now that [Cristiano] Ronaldo has gone. We need a focal point for the team to hit and who can bring players into play.

“We cannot go for another technical player who can play as a winger or a false nine. We already have so many of those in [Anthony] Martial, [Marcus] Rashford and [Jadon] Sancho and right now it’s a bit of a detriment to be honest.”

But Sheringham’s opinion may not matter with Portuguese transfer insider Pedro Almeida confirming on Twitter that ‘Cody #Gakpo will be Manchester United player in January’ as Ronaldo’s replacement.

When Man Utd were linked with a move for Gakpo in the summer, Dutch football pundit Marcel van der Kraan insisted that he would suit Ten Hag’s style of play.

Van der Kraan said on Sky Sports: “He is the kind of player Erik Ten hag likes because he likes to play with wingers.

Van der Kraan added: “I think eventually he will eventually be the top man at a big club and I could see him featuring for Manchester United but there are…