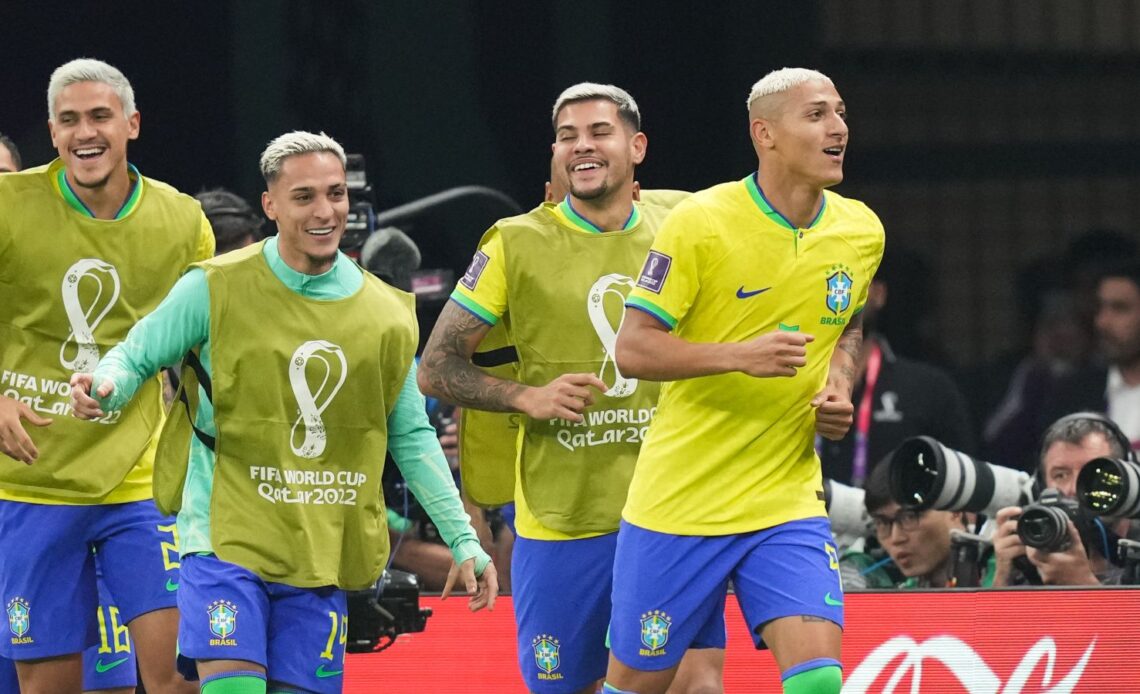 Tottenham Hotspur’s Richarlison netted a second half brace to help Brazil get the better of Serbia in their first group game of the 2022 World Cup.

The Spurs star was preferred to Arsenal’s Gabriel Jesus and he justified his selection with both goals for Brazil.

Serbia’s dominant defence had the upper hand in the first half but Richarlison broke the deadlock with around half an hour to go. He added a spectacular second ten minutes later.

After flicking the ball up with his left foot 12 yards out, Richarlison spun and leapt into the air to send a right-footed volley flying into the corner of the net.

Vinicius Junior’s pace down the left was Brazil’s biggest early threat, and a lively run by the Real Madrid forward led to a corner, from which Neymar forced Vanja Milinkovic-Savic to push the ball over the bar.

Neymar and Casemiro tried their luck from long range before the first real opening of the game arrived in the 27th minute.

A great ball from Thiago Silva picked out Vinicius on the left of the area but Milinkovic-Savic came out quickly and timed his block to perfection.

Neymar just failed to get on the end of a cross from Raphinha after good work from Lucas Paqueta while the former Leeds man was presented with a golden chance shortly afterwards having played a one-two with Paqueta but shot tamely at Milinkovic-Savic.

The Serbia keeper stood tall again just after half-time to keep out Raphinha once more following a mistake in defence, and Brazil continued to probe.

Neymar shot wide in the 55th minute after being teed up by Vinicius, and five minutes later Alex Sandro let fly with a powerful long-range effort that smacked against the post.

The pressure soon paid off, though, with Milinkovic-Savic producing yet another save from Vinicius, but this time he could only push the ball out to Richarlison, who reacted smartly to poke into an empty net.

Serbia risked exposing themselves completely at the back by pressing for an equaliser, and set-pieces offered their best hope, but they failed to test Alisson Becker.

Richarlison’s brilliant second ended the game as a contest and it could have been more, with Casemiro unlucky to see his fine strike hit the bar before Milinkovic-Savic denied substitute Fred.

The only concern for Brazil was the late substitution of Neymar following treatment for a knock, while Danilo limped through the final minutes.

READ MORE: Who are the favourites for the 2022 World Cup? France, England and Spain on the move