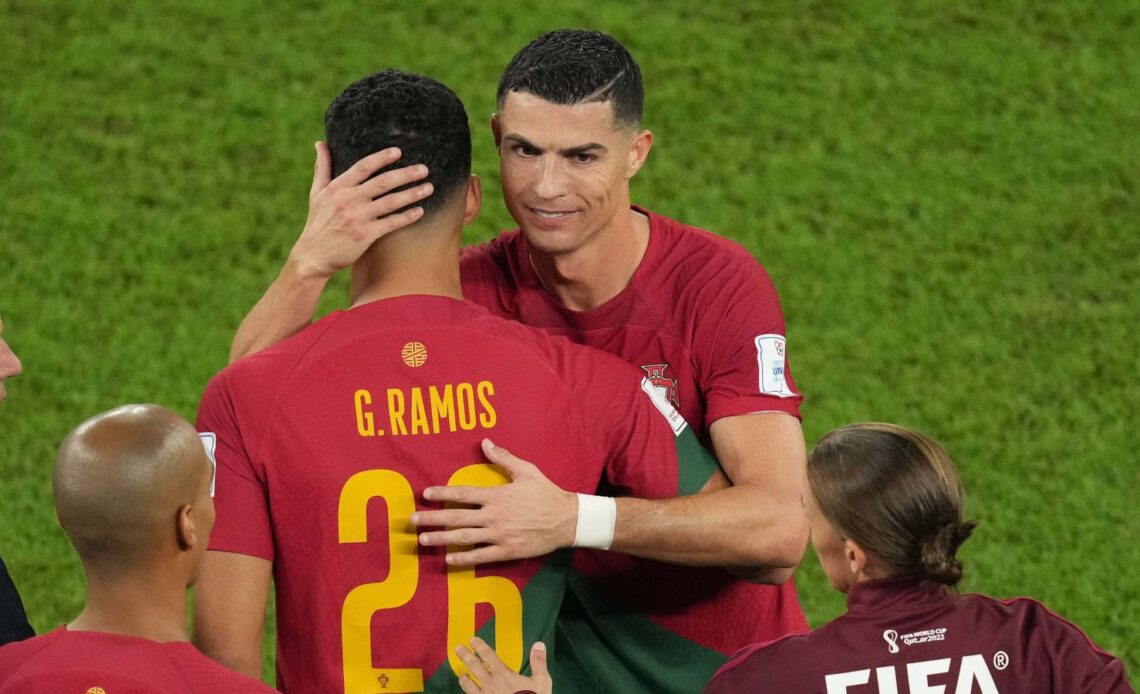 Cristiano Ronaldo suggested that his story at Manchester United is now “closed” after he made more history in Portugal’s 3-2 win over Ghana in Qatar.

Now a free agent after departing Man Utd, Ronaldo has become the first player to score in five World Cup final tournaments when he converted a penalty for Portugal on Thursday.

Speaking in Portuguese, which was translated by FIFA, Ronaldo said: “This was a beautiful moment in my fifth World Cup.

“We started with our good foot. It is very important to win. We know that in these competitions our first match is crucial.

“But also, on the record of being the only first player in five World Cups to score, that is something which makes me very proud.

Ronaldo, who was named the official player of the match, took just one question from reporters, only touching briefly on his fall-out with United.

“It was an important step and we won,” he said. “It was a week that finished this chapter, it is closed.

“We wanted to start of with the good foot. We won, I could help my team – and all the rest does not matter.”

“Cristiano is a phenomenal legend, like many others have come and gone. In 50 years’ time we will continue to talk about him.

“We talk about Pele and Maradona who played 50 years ago and so I think we will continue to speak about Ronaldo like the other players I speak about.”

With Uruguay and South Korea having earlier played out a goalless draw, Portugal have taken control of Group H.

Santos said. “It was a difficult game from the first half, we had control, but we should have been more assertive. After the first 15 minutes, we could not compose our rhythm. We could create three or four situations.

“That said I think we should have had more control, more fluidity because I think our players are able to be better. We should also give merit to the opposition because they played a very good match.”

Ghana coach Otto Addo felt his side had been…