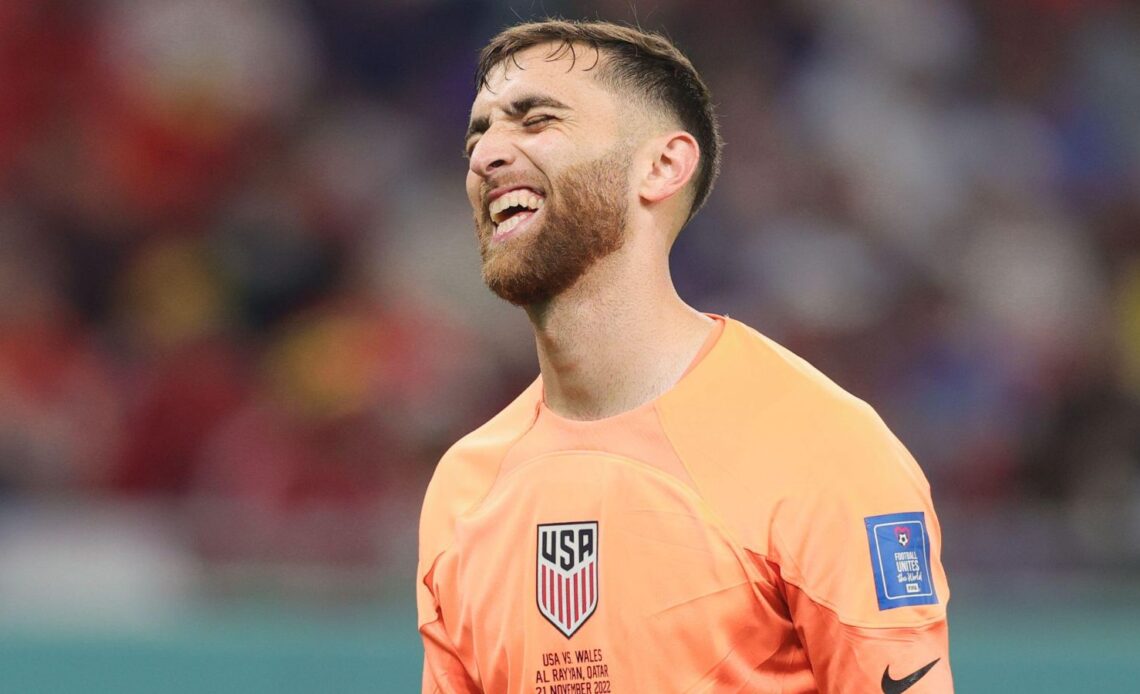 Arsenal goalkeeper Matt Turner has praised Bukayo Saka before the United States’ game against England in the World Cup on Friday night.

Saka will be full of confidence ahead of England’s second group game in Qatar.

The Arsenal winger netted a brace as The Three Lions ran out 6-2 winners against Iran in their tournament opener earlier this week.

The United States meanwhile were held to a draw against Wales. Timothy Weah opened the scoring for the USA but Gareth Bale earned Rob Page’s side a point with his equaliser from the penalty spot.

A win for England on Friday would secure Gareth Southgate’s side a spot in the knockout stages of the competition.

There was very little between the USA and Wales earlier this week. England should breeze past both teams if they are able to play close to their best.

The Three Lions have only faced the USA once at a World Cup. Their only prior meeting was in the group stages in 2010.

The sides drew 1-1 and this game was overshadowed by Rob Green, who let Clint Dempsey’s tame shot from the edge of the penalty area through his legs and into the net for the United States’ equaliser.

Ahead of Friday’s clash at the Al Bayt Stadium, USA number one Turner has claimed that “the world of football is levelling out”.

“You can’t take any game for granted. You want to go out, put on your best performance,” Turner said.

“The world of football is levelling out. National teams have game-plans, they’ve been investing in youth for a number of years, they have guys playing at the top level all over the world.

“When you have one team following the same message, you can beat anyone on any given day.”

On Bukayo Saka, Turner added: “It’s clear he’s one of the young stars of world football.

“He’s a top, top player and you don’t need me to tell anybody on our team how much of a threat he poses in the game. He’s a really good player that can change any game.”

“I try and say it every time, whether it’s the Euros or the last World Cup, especially more recently because of the talent that’s in the England squad,” Lewis said.

“It’s theirs if they want it. There are some amazing teams and a lot comes into play when you get near the end.

“But I don’t think on paper England should be thinking that they’re not in the running for who should be in the final.”