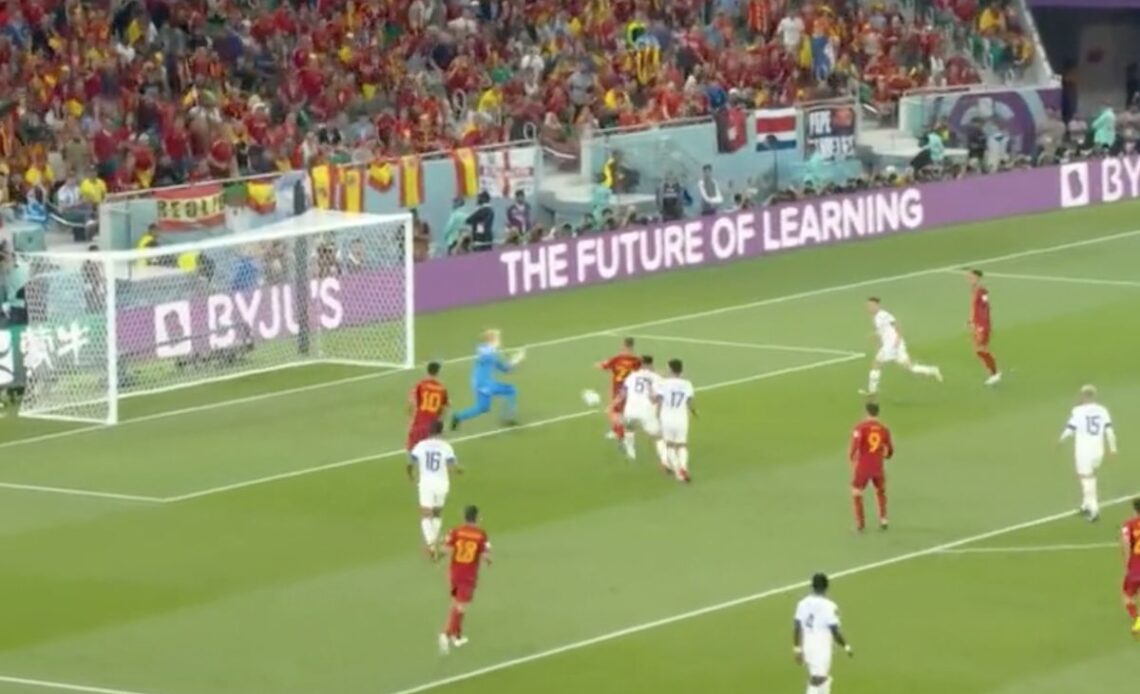 Spain may not be one of the favourites to win the 2022 World Cup but try telling them that.

The 2021 World Champions have the youngest squad out of all of the 32 nations but that hasn’t stopped them from playing some beautiful football.

RB Leipzig’s Dani Olmo opened the match’s scoring before Jordi Alba set Asensio up to make it two-nil to the boys in red.

Check out the moment the La Liga duo combined below.

He’s been given the responsibility as striker by Luis Enrique… and it’s paid off! ??