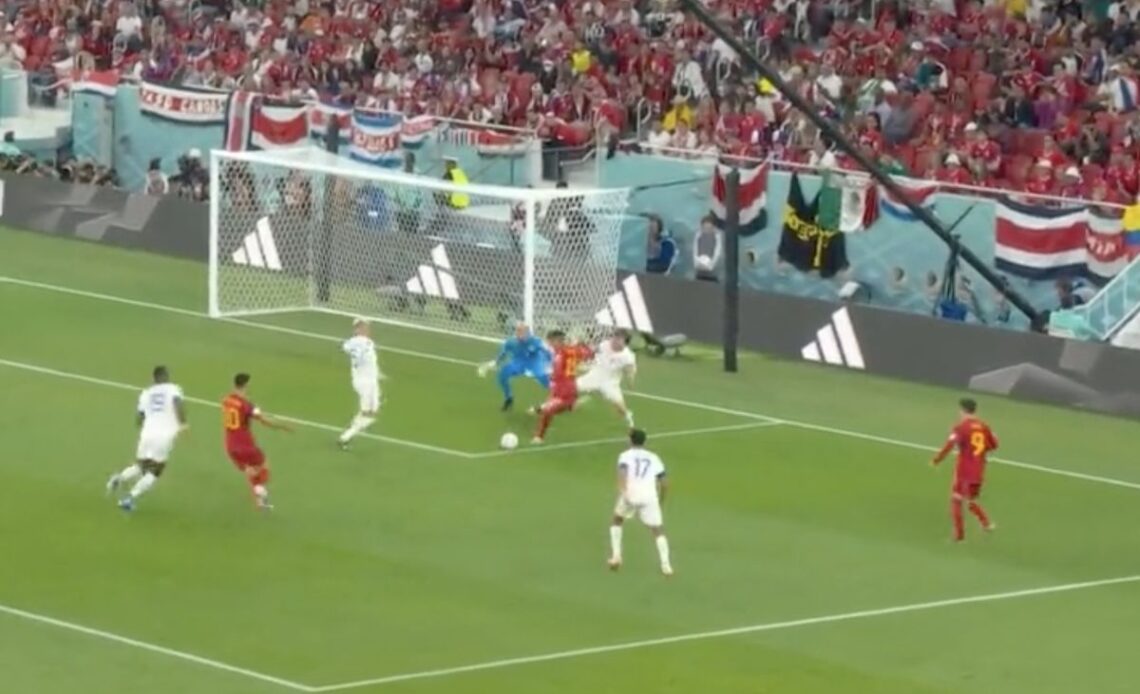 Spain are heading to the top of Group E in the 2022 World Cup.

Luis Enrique’s Espana have been in scintillating form against Costa Rica, who, admittedly, have been very poor.

Midfield duo Pedri and Gavi have been excellent and dictated proceedings since the first whistle, and now the latter has seen his efforts rewarded.

Following goals from Dani Olmo, Marco Asensio and a brace from Barcelona’s Ferran Torres, Gavi has become his country’s fourth goalscorer of the evening after netting a superb volley with the outside of his boot.