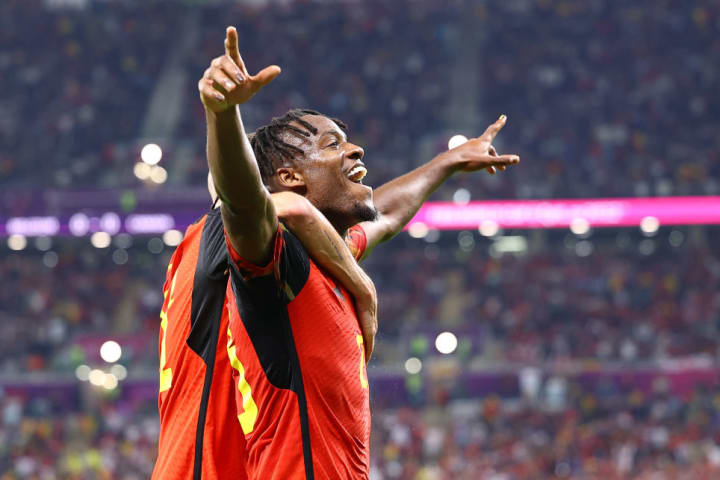 Day four of the 2022 World Cup saw another eight teams get their campaigns underway, with Group E and Group F entering the fray.

2018 runners-up Croatia got the ball rolling against Morocco in the early kick-off, while Germany took on Japan hoping to make up for a 2018 tournament and Spain faced Costa Rica. There was also a first World Cup appearance since 1986 for Canada as they played European giants Belgium.

This is how all of the action unfolded…

Belgium weathered a significant storm from a Canada side representing their country at a World Cup for the first time in 36 long years in Wednesday’s final World Cup game.

Canada were vibrant and took the game to the world’s number three ranked national team. They had multiple opportunities to score in the first half, the best when a VAR intervention resulted in the referee awarding a penalty. But Alphonso Davies failed to beat Thibaut Courtois.

Michy Batshuayi, playing his club football in Turkey with Fenerbahce this season, eventually gave Belgium a lead after racing onto a long through ball down the middle. Second half substitutions from Roberto Martinez also helped kill off the game in Belgium’s favour.

Belgium need to be better

If Belgium are to have any hope of winning international silverware before the last remnants of their golden generation fall away, they need to play better than they did here.

The Red Devils had Courtois to thanks for keeping them in it in the first half, while Kevin De Bruyne, Eden Hazard and Youri Tielemans all played well beneath themselves.

With three points secured and Morocco and Croatia now to come, Belgium should secure a place in the knockout rounds. But things will get tricky in the latter stages if nothing changes.

Spain put shock defeats for Argentina and Germany to one side as they swept aside Costa Rica 7-0 in one of the most one-sided World Cup games seen in recent memory.

Luis Enrique named a starting XI consisting of seven midfielders, but his bold selections paid dividends as they absolutely dominated a dismal Costa Rica from the first minute.

Dani Olmo opened the scoring, Marco Asensio grabbed the second and Ferran Torres put the contest to bed before half-time with a third from the penalty spot. The Barcelona winger grabbed another early on in the second half, before Gavi, Carlos Soler and Alvaro Morata added the gloss to what was a terrific performance from Luis Enrique’s side.