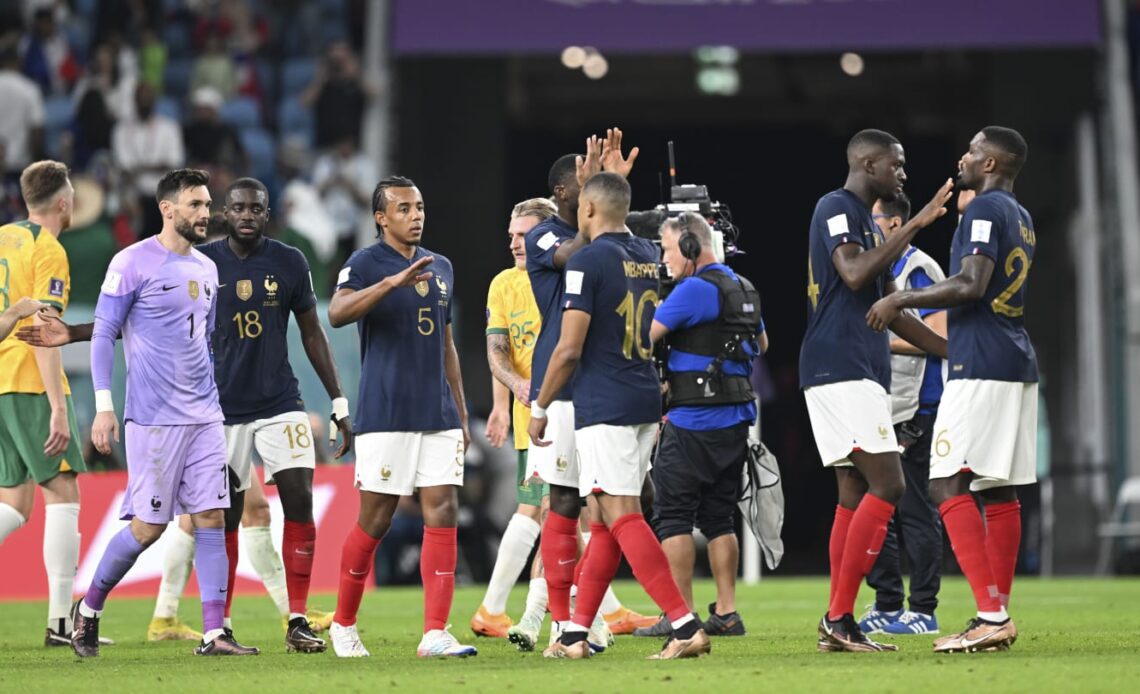 Reigning world champions France face a fancied Denmark side on Saturday afternoon in one of the group stage’s heavyweight clashes.

Didier Deschamps’ Bleus came from behind against Australia to kick off their title defence with a convincing victory on Tuesday evening.

For the second tournament in a row, Denmark were held to the first 0-0 draw of the World Cup. While Tunisia took a share of the spoils earlier in the week, France were on the other side of the stalemate in 2018.

Here’s everything you need to know about a meeting between two of the top ten in FIFA’s world rankings.

In the same move which led to Craig Goodwin’s well-taken opener, France lost Lucas Hernandez to a knee injury. An MRI scan confirmed it was an ACL tear for the Bayern Munich defender, ruling him out of the tournament.

Thomas Delaney fell victim to Tunisia’s robust approach in their group opener, limping off with a knee problem on the cusp of half-time. Whether the instrumental midfielder will recover in time for the lofty clash with France remains to be seen.

On the evidence of this year’s Nations League alone, Denmark should be clear favourites against a team they defeated in Copenhagen and Paris. However, it would be misleadingly one-eyed to solely look at their two most recent meetings. As Kasper Schmeichel said: “When we play France at the World Cup, it will be a different match.”

The reigning champions are favourites going into the group game, especially if they can reproduce the scintillating swagger of their second half against Australia.

Yet, Denmark’s manager Kasper Hjulmand is juggling more pressing decisions than his preferred defensive setup. In wake of the myriad of controversies surrounding the tournament,…