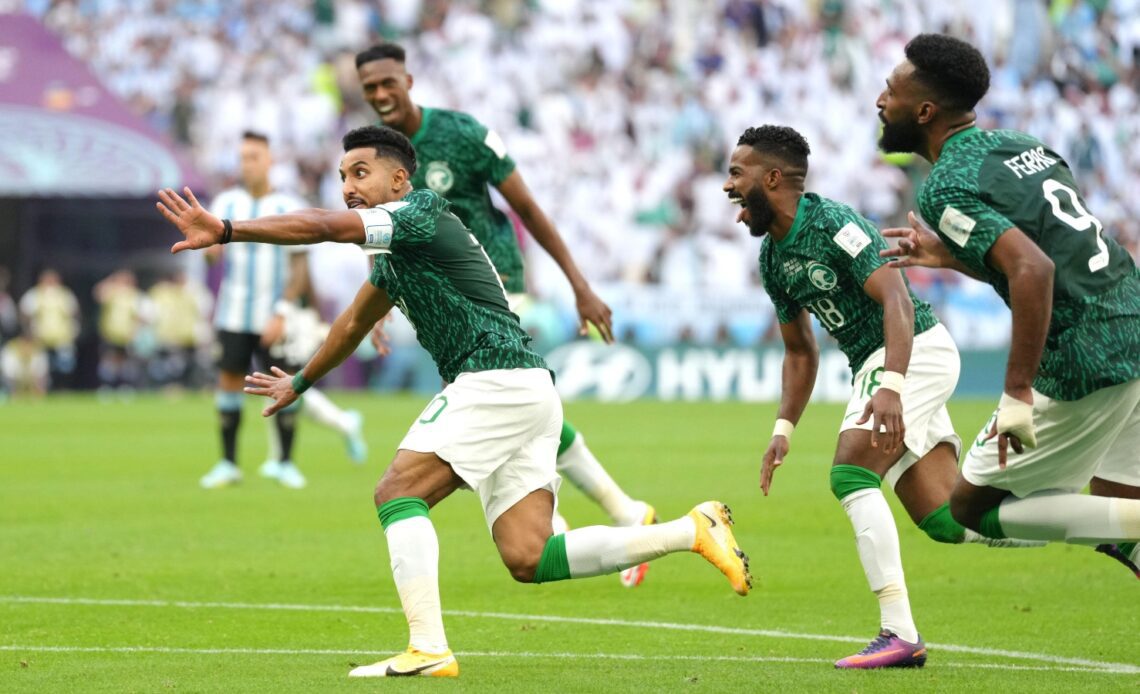 International football is full of upsets, and it’s all the better for it.

There’s nothing better than when a minnow defeats a giant. Who doesn’t want to see a postman score a worldie and reduce someone who earns a hundred times his annual salary in a week to tears? That’s what football is all about.

So in no particular order, here are eight of the greatest upsets in the history of international football from nations that dared to dream and succeeded. Enjoy.

All the talk before this Group C opener was about Lionel Messi’s quest to finally win the World Cup and victory over Saudi Arabia was taken as a given.

Not so. Despite Messi opening the scoring with an early penalty, and Argentina having three goals disallowed for offside, the rank outsiders competed well and turned the game on its head during a stunning second half.

Salman Al-Faraj levelled the scores before captain Salem Al-Dawsari caused a worldwide epidemic of dropped jaws by putting the Saudis ahead shortly after.

Argentina huffed and puffed but were unable to pull themselves level as Saudi Arabia pulled off arguably the biggest World Cup upset of the 21st century.

Whatever Hervé Renard said to his players at half-time, it worked!! 🤩@SaudiNT_EN have gone 2-1 up against one of the competition favourites Argentina with this belter!! 🚀#ITVFootball | #FIFAWorldCup pic.twitter.com/uHdXpjUAdm

This was not the AFCON-winning Senegal team you know today.

They were a good team and had just finished as runner-up in AFCON 2002, but consider who they were facing: World champions France.

Les Blues were strongly tipped to go on and win a second successive world title, with a side that was even more impressive than the one that had triumphed on home soil in 1998.

Patrick Viera, Claude Makelele, Marcel Desailly, Zinedine Zidane, Thierry Henry and a dozen more players at the very pinnacle of the European game made up the French squad.

Senegal’s side, meanwhile, was predominantly made up of players from mid-table French sides and they had to play in the opening game of their first-ever World Cup.

But Senegal completely blindsided France 1-0. Papa Bouba Diop’s 30th-minute strike was all that was needed to stun the World champions, with El Hadj Diouf the star of the show.