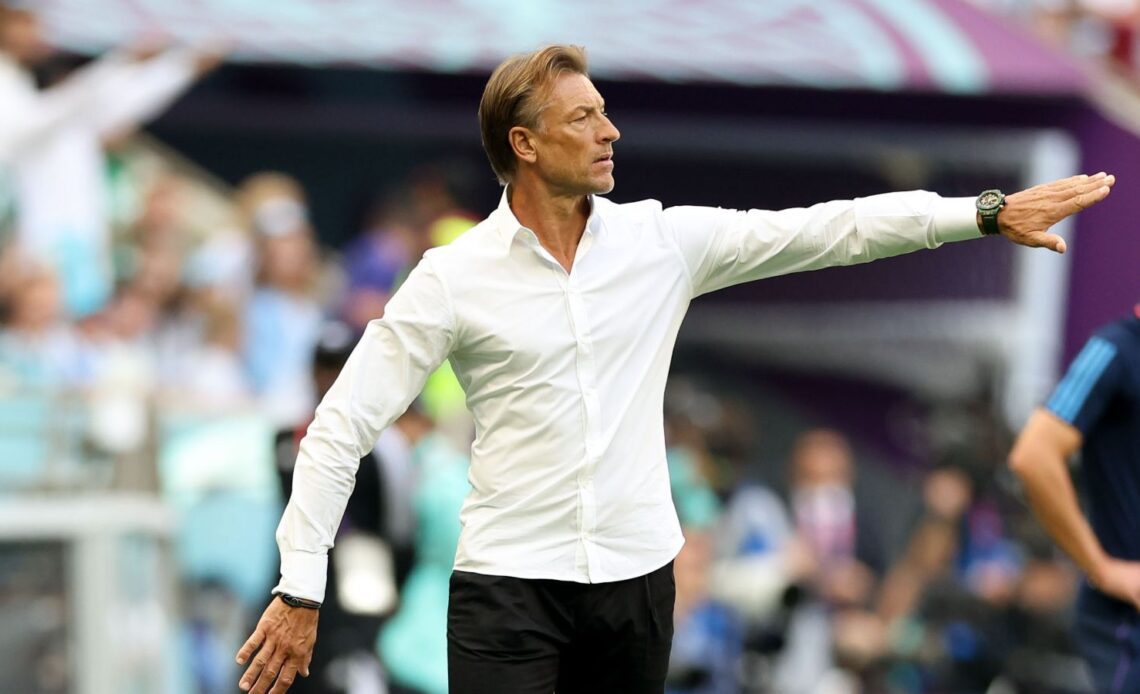 Herve Renard praised his “fantastic players” after Saudi Arabia shocked the world to beat Argentina 2-1 in the group stages of the World Cup.

Lionel Messi’s early penalty set Argentina up for what was expected to be a comfortable victory.

Argentina went onto have three goals disallowed for offside during a one-sided opening half. But the Saudi fans cheered their players onto a stunning victory.

Saleh Al Shehri and Salem Al Dawsari scored a quickfire double soon after the restart to put Renard’s men ahead, with goalkeeper Mohammed Al Owais putting in a man-of-the-match display to help see out a famous 2-1 win.

“Congratulations to these fantastic players,” Saudi coach Renard – who spent a short spell as Cambridge boss in 2004 – said.

“I decided to come to this country three and a half years ago and since this time I’ve had the management, amazing president and the ministry of sport were always behind us.

“Even when we visit our prince two, three weeks ago he didn’t put any pressure on us.

“This is the way you have to work in football because when you are putting too much pressure it’s not working all the time.

“We prepared very well and today all the stars in the sky were in the same line for us.

“But don’t forget Argentina are still a fantastic team. They came here without losing lose any game in 36 and they are South American champions.

“They have amazing players, but this is football. Sometimes things completely crazy can happen.”

Renard struck a calm figure amid the excitement in the post-match press conference in the bowels of the Lusail Stadium, which was rocking as Saudi dug deep for a historic triumph.

“Have a good celebration during 20 minutes and that’s it,” the Frenchman said. “There’s still two games – or more – for us.

“When you are coming to the World Cup you need to believe in yourself. Everything can happen in football.

“Sometimes your opponent is not at his best motivation. This is normal.

“It’s also happened to us sometimes when we play a lower team. This is sometimes what the people do not understand.

“Do you imagine Lionel Messi (is highly motivated) against Saudi Arabia? Of course he will say ‘we need to start very well’ but you know motivation is not like they play Brazil. This is normal, this is part of football.

“We made history for Saudi football. It will stay forever. This is the most important thing, but we also need to think about looking forward because we…