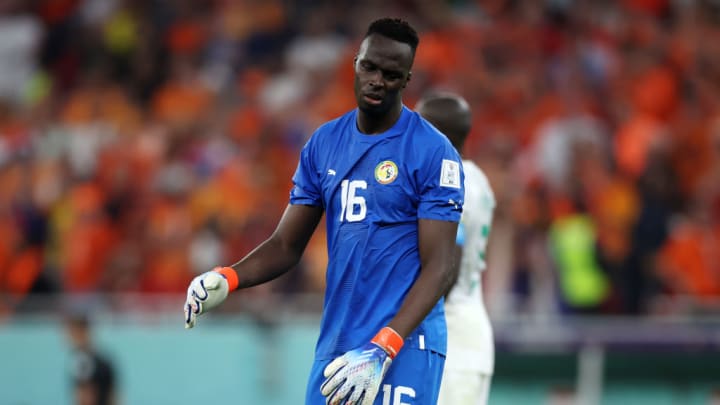 Netherlands got their World Cup campaign off to a winning start in Group A, although they made very hard work of it against Senegal in a late 2-0 victory.

In a game of precious little quality, Cody Gakpo and Davy Klaassen provided late goals, although both owed plenty to some very poor goalkeeping from Edouard Mendy.

It was Gakpo who created the first meaningful opportunity of the match on the quarter-hour. The PSV man stood the ball up for Daley Blind at the back post, but he could only head wide when he should have done better.

Frenkie de Jong had an even better chance just a couple of minutes later when a fluent Dutch counter-attack left him one-on-one with Mendy, but he failed to even get a shot away.

Despite the Dutch dominance in the first half, Senegal still carried a serious threat through their individual talent, and Ismaila Sarr forced Virgil van Dijk into a block after some smart footwork.

The opening 45 minutes fell into that pattern of Netherlands controlling and creating the better chances, but Senegal still threatening in flashes, and more was expected after the break.

Van Dijk headed an early second half chance over the bar, and Boulaye Dia tested Andreis Noppert in the Netherlands goal on the hour, but the second half descended into a low-quality affair played at a pedestrian pace.

It looked for all the world, in fact, that the contest was going to just fade away into a dull and dour goalless draw, but Eredivisie top scorer Gakpo had other ideas. De Jong swung in a sumptuous in-swinging cross and Gakpo got there ahead of the flapping Mendy to head home the opener.

From there it was just a case of seeing it out for Netherlands seeing it out. That wasn’t too difficult, although there was a nervy moment when Bamba Dieng found himself with a free header six yards out. However, he got himself caught underneath the ball and headed well over the bar.

All that remained was for Dutch substitute Klaassen to accept a gift of a second from Mendy, who parried a shot that looked like it was going wide straight into his path in injury time.

While it was a winning start for Netherlands, it certainly wasn’t a very inspiring one.

Edouard Mendy had a bit of a stinker / Alex Grimm/GettyImages

GK: Edouard Mendy – 4/10 – Much closer to the solid end of the scale than the spectacular – until he got all flappy for the Netherlands’ winner. He did even worse on the second.

RB: Youssouf Sabaly – 6/10 – Did okay but didn’t stamp any authority on the game.