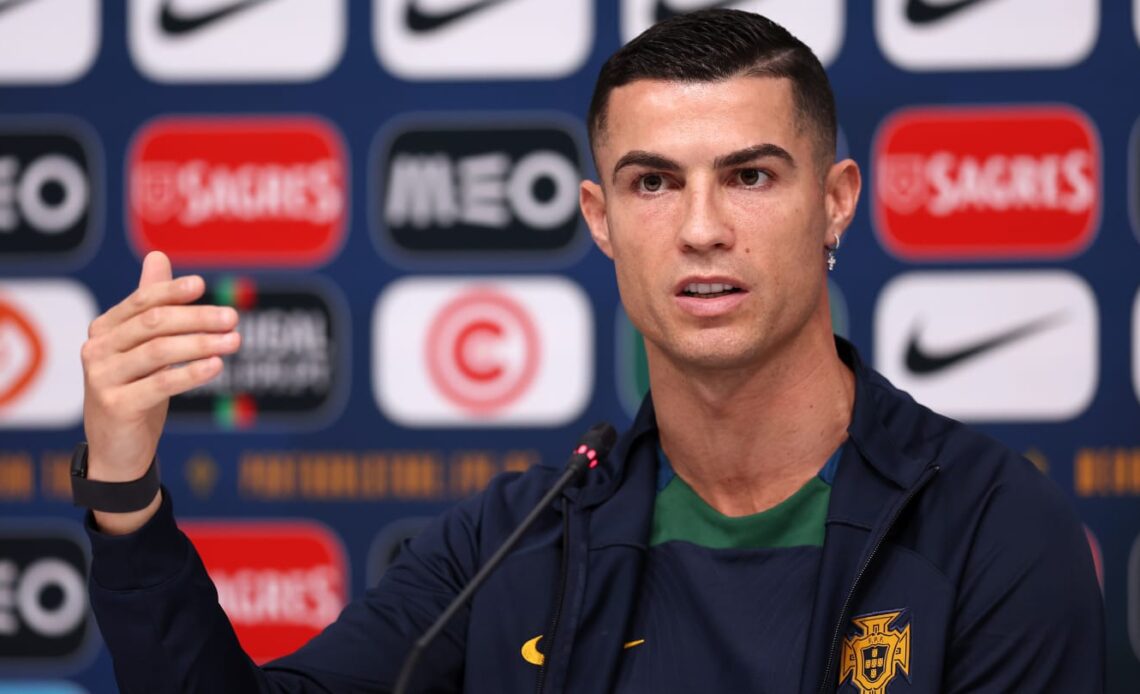 Cristiano Ronaldo has dismissed criticism of the timing of his controversial interview, insisting he can talk whenever he wants to.

The Portugal international spoke to Piers Morgan about his unhappiness at Manchester United, blasting manager Erik ten Hag and the Glazer family as he admitted he felt as though he was being forced out of Old Trafford.

Having faced significant criticism for both the timing and the content of his interview, Ronaldo surprisingly sat down in front of the media on Monday morning to respond to questions, insisting he has no concerns over how things have played out.

“The atmosphere is excellent, no problems, we are completely focused,” Ronaldo began. “You can help by not talking about me. I’m completely bulletproof and iron-clad. If you ask other players about Cristiano Ronaldo I would be upset. If you want to ask him about the World Cup and the team, I would like you to do that.”

On the timing of his interview and concerns he could have impacted Portugal’s World Cup hopes, Ronaldo continued: “Timing is always timing. From your side it is easy to look at how we can choose timings. Sometimes you write truths, sometimes you write lies.

If you can’t see the podcast embed, click here to download or listen to the episode in full!

“I don’t have to worry about what others think. I talk when I want to. Everybody knows who I am, what I believe in. They have known me [here] since I was 11. They will not be influenced by what people say and write about me.

“The group is very bonded together. I have no doubt this recent episode. It won’t shape the team.