Explaining The Controversies And Scandals 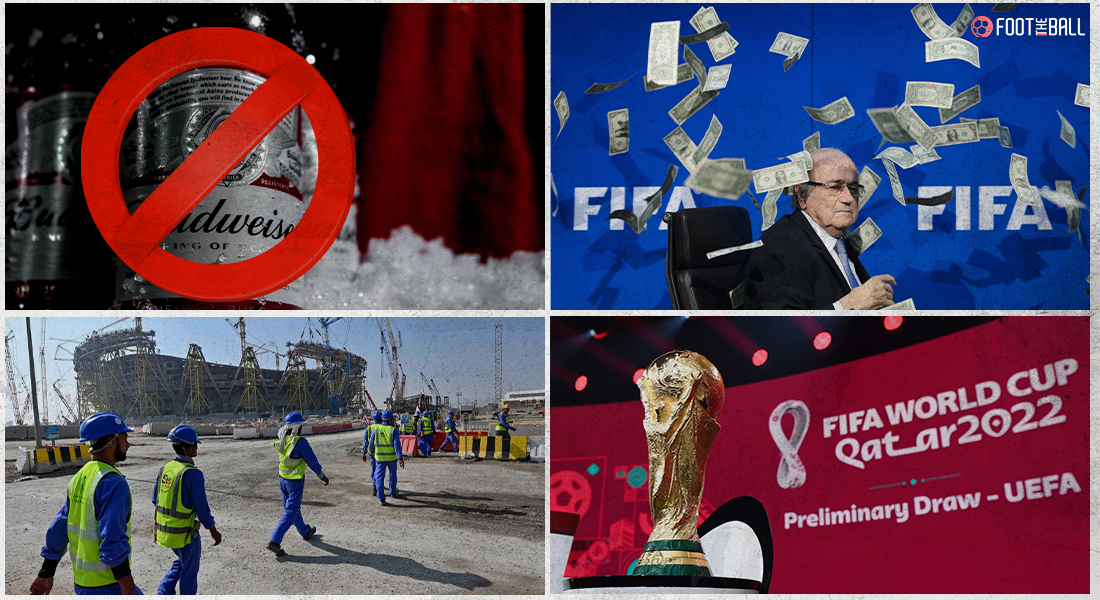 The 2022 FIFA World Cup started with a bang as Ecuador defeated hosts Qatar 2-0 in the opening match of the tournament. However, behind the roars of football fans and the allure of the footballing spectacle lie controversy, or should we say controversies. On December 2, 2010, Qatar was announced as the host of the World Cup. 4372 days later, the tournament’s opening match took place, but in between, the event has been subjected to a host of controversies from the start.

From the host selection process to corruption allegations, migrant workers’ death and the alcohol ban recently. There are issues regarding the scheduling of the tournament too. For the first time in history, the tournament is being held in winter, which has caused a clash with the regular domestic season in various countries.

Another issue that has attracted controversy is the reception the LGBTQ community might receive in Qatar. Despite the assurance of safety by Qatari authorities, fans are weary as homosexuality is punishable by three years in prison, a fine, and the possibility of a death penalty for Muslims under sharia law.

So, we take a look at the controversies that have plagued the 2022 FIFA World Cup.

When the voting for the hosting rights for the 2022 World Cup began, there were some top contenders. There was the United States, the host of the 1994 FIFA World Cup; there was Japan, and South Korea, who had co-hosted the World Cup in 2002 and now had the infrastructure to host the event single-handedly. And there was Australia and Qatar. Few would’ve given Qatar any chance of winning the bid, with good reasons.

The decision to host the World Cup in #Qatar is wrong on so many levels. The location, the timing, the obvious corruption in the decision to award the tournament to that country. (Thread) pic.twitter.com/6XLULEEHw5

The country did not have a prestigious football history, nor did they have any infrastructure in place to hold an event of such magnitude. However, the Gulf nation won the bid. It was later reported that several members of FIFA’s Executive Committee had accepted bribes to vote in favour of Qatar.

Sepp Blatter, then the President of FIFA, has now said that it was a mistake to award Qatar the hosting rights. He has even claimed that Qatar had used ‘black…