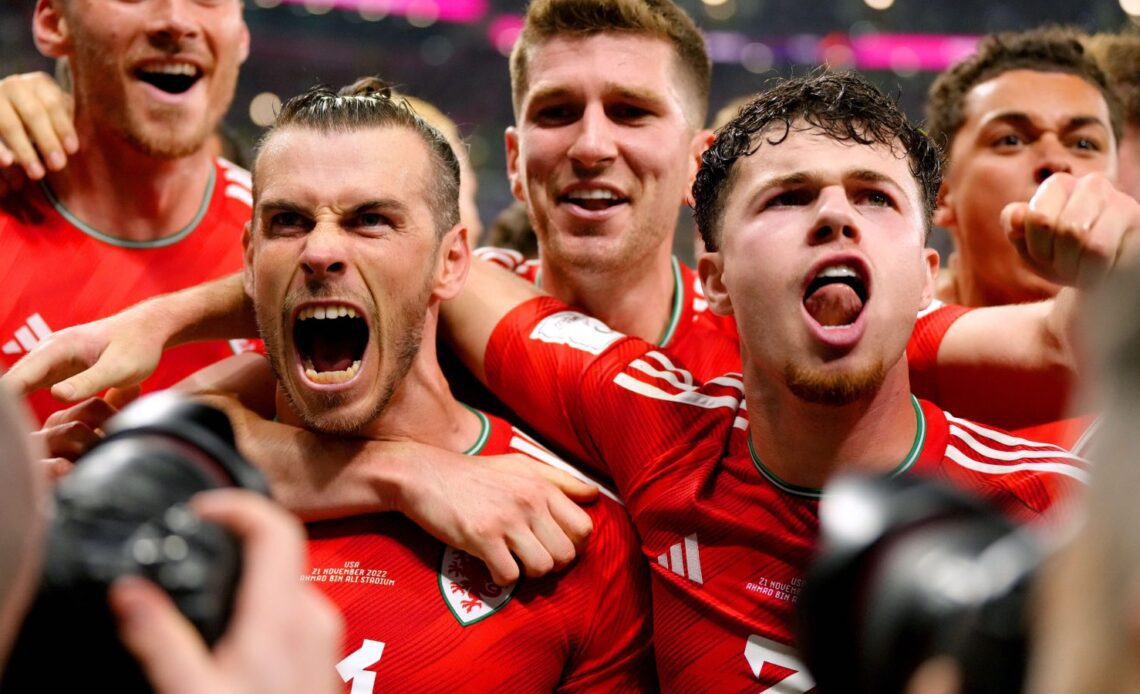 Gareth Bale proved Wales’ saviour as their first match at a World Cup for 64 years ended in a 1-1 draw against the United States.

Timothy Weah put the Americans ahead with a clinical strike in the 36th minute of a first half that they dominated from start to finish.

Wales seemed to have no answers until the half-time introduction of Kieffer Moore.

But time was fast running out when Bale equalised eight minutes from the end, converting his 41st Wales goal from the penalty spot after Tim Ream went right through the back of him.

It was Wales’ first goal at a World Cup since Terry Medwin scored against Hungary in 1958 and keep them very much in the race for a last-16 place.

Iran, beaten 6-2 by England earlier in the day, will be their next opponents on Friday.

With so many cruel qualification near-misses since then, Wales supporters, of whom around 3,000 were present at the Ahmad bin Ali Stadium in Doha, wondered whether they would ever see their country play at a World Cup.

Bale had been prevented from wearing the rainbow-coloured anti-discrimination armband amid fears of sporting sanctions.

Instead Bale wore FIFA’s ‘No discrimination’ armband – which is not rainbow coloured – as Wales began their campaign against the second-youngest team in the tournament, and one led by Leeds’ 23-year-old midfielder Tyler Adams.

The Wales captain made his 109th appearance to join Chris Gunter, who was among the substitutes, as his country’s most-capped men’s player.

Wales were without Joe Allen, a survivor of their Euro 2016 and Euro 2020 teams, and a vital element of the current side under Robert Page.

Allen’s hamstring injury suffered in September had not healed in time for him to feature.

Ethan Ampadu was pushed into a more advanced role as Chris Mepham came into a three-man central defence.

Harry Wilson replaced Moore in the other change from the side that had secured Wales’ World Cup place by beating Ukraine in June’s play-off final.

There were shades of Bordeaux at Euro 2016 when Ben Davies made a dramatic goal-line clearance in the opening minutes against Slovakia.

This time the Wales goal had a double escape in the ninth minute as Joe Rodon headed Weah’s cross from point-blank range towards his own goal.

The ball hit a startled Wayne Hennessey and, after the Americans had won back possession, Josh Sargent…