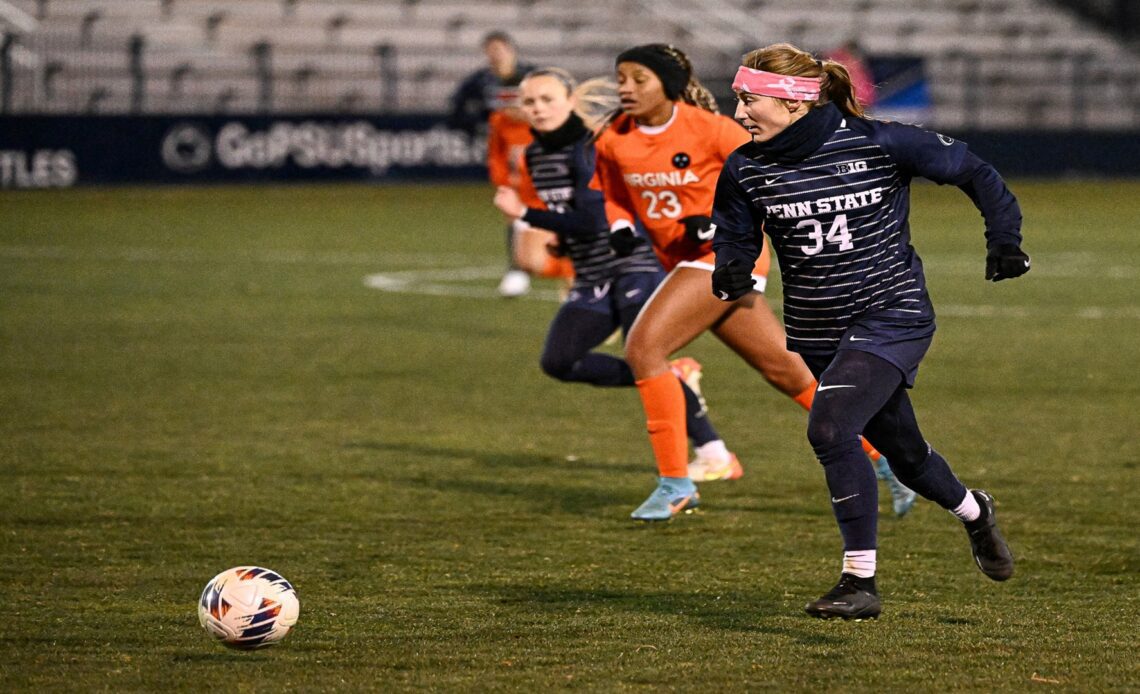 UNIVERSITY PARK, Pa. — The No. 2 seed Penn State women’s soccer program’s NCAA Championship run came to an end in the Round of 16 Sunday night as the Nittany Lions fell 3-2 in overtime to No. 3 seed Virginia at Jeffrey Field.

UVA is now 16-3-3 on the season and advances to the NCAA Quarterfinals to face the winner of No. 1 seed UCLA and No. 4 seed Northwestern.

PSU struck first in the 30th minute as redshirt senior Ally Schlegel delivered a through ball to Linnehan. UVA keeper Cayla White attempted to intercept by diving toward the ball, but Linnehan beat her to the ball and shot through two defenders for the 1-0 lead.

After the halftime break, UVA turned on the offensive pressure, testing the PSU defense and keeper Asman who withstood six shots before finally conceding the equalizer in the 74th minute.

In the 82nd minute, Schlegel delivered another through ball to Linnehan who slotted the ball past an outstretched Cayla White, but the ball would bounce off the post. Freshman Amelia White was ready and followed through for her second career goal and the 2-1 PSU lead.

For the first time all season, Penn State entered overtime. The Cavaliers had momentum and scored what would be the game-winner in the 94th minute, enough to win the match and advance to the NCAA quarterfinals.