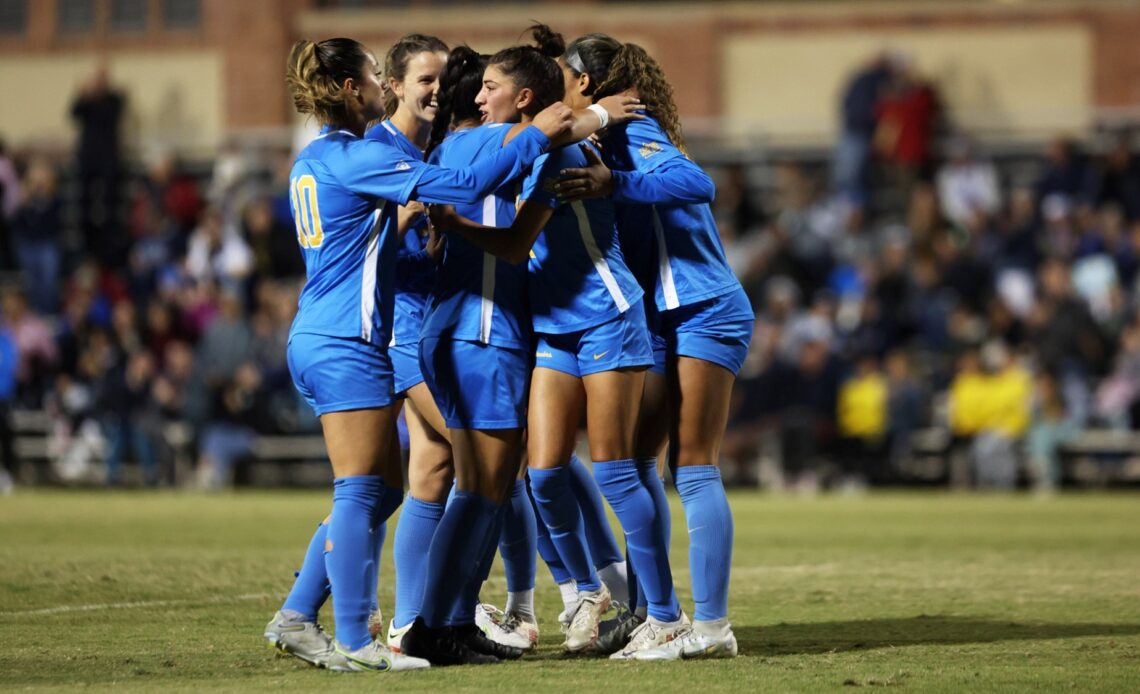 
LOS ANGELES – No. 1 seed UCLA shut out No. 4 seed Northwestern, 2-0, in the Round of 16 to advance to the NCAA Quarterfinals for the 17th time in school history.

UCLA (19-2-1) got on the board early, scoring just five minutes into the game. Sunshine Fontes started the play with a through ball to Madelyn Desiano, who drew out the goalkeeper and sent a pass to Reilyn Turner on the left side. The pass was deflected into the back of the net by a Northwestern defender, and Desiano was credited with the goal, her second of the season.

Quincy McMahon provided an insurance goal in the 65th minute, taking a pass from Sofia Cook, eluding onrushing goalkeeper Mia Raben and then hitting it in from a hard angle. McMahon’s goal was her second of the season as well.

Insurance for the Bruins! @QuincyMcMahon13 shoots from the hard angle and nets her second goal of the season, giving UCLA a 2-0 lead in the 65th!

UCLA outshot Northwestern, 12-6, and held the Wildcats (16-5-2) to just two shots on goal, all in the first half. The first, in the 20th minute, was cleared off the line by a defender Brianne Riley. Just a few seconds later, goalkeeper Lauren Brzykcy made a save off a volley by Lily Gilbertson.

Brzykcy earned the shutout for the Bruins, her eighth solo shutout of the season and 28th of her career. Raben had four saves for the Wildcats.

UCLA will next host No. 3 seed Virginia in the quarterfinals on Saturday, Nov. 26 at 6pm. The winner will advance to the NCAA College Cup in Cary, N.C.