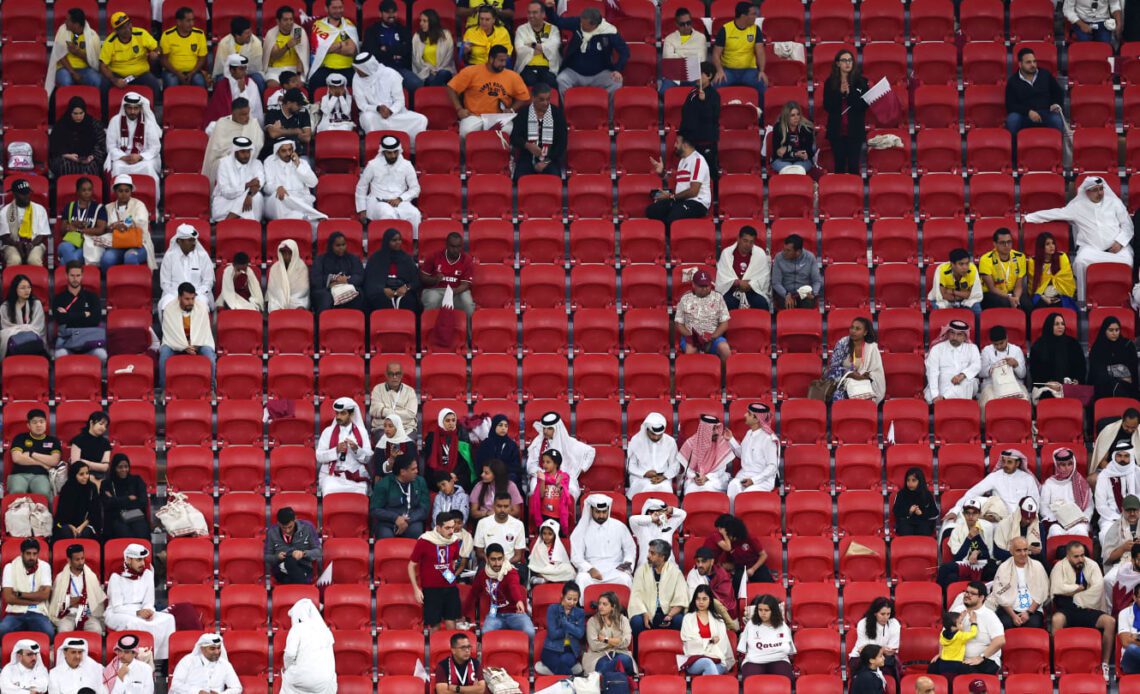 Qatar manager Felix Sanchez has hailed fan support during the home nation’s disastrous 2-0 defeat to Ecuador, despite many fans leaving well before the final whistle.

The Qataris got their home FIFA World Cup off to the worst possible start on Sunday evening, conceding two first half Enner Valencia goals and generally being played off of the park.

While the official attendance at the game was over 57,000 at the Al Bayt Stadium, many fans had left prior to the start of the second half, and by the 80th minute mark it was clear that the ground was closer to being empty than it was to being full.

Despite this huge exodus of Qatar fans, manager Felix Sanchez was quick to praise the support, stating: “We felt backed and supported and we hope for the next game, people will feel prouder and keep supporting us to the end of the tournament. The atmosphere was great, people were very much looking forward to this game.”

Sanchez did, however, lament his side’s performance on the day as they became the first host nation to ever lose the opening game of a World Cup: “There’s no excuse, we want to congratulate our opponents, they deserved to win.

“There is a lot of room for improvement. Maybe the responsibility and nerves got the best of us. We didn’t start well. It was a terrible start actually.

“We knew [a defeat] could happen and the result can sometimes be difficult. We will try to learn from today and I’m completely sure we will make people feel more happy with our performance.”