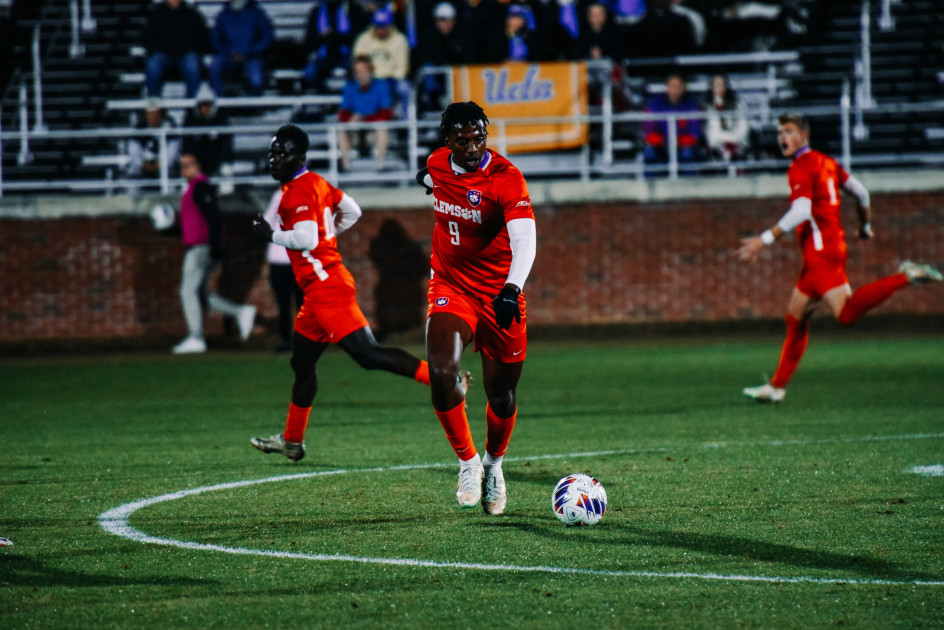 Through the first 20 minutes of the first half, the Tigers and Bruins went back and forth on offense. One of Clemson’s best chances came on a breakaway by Mohamed Seye in the 19th minute, but UCLA keeper Nate Crockford came out and stopped his shot.

In the 22nd minute, Hamady Diop converted a penalty kick after Seye drew contact in the box to put the Tigers up on the board first. In the 31st minute, the Bruins responded with a goal of their own. With much traffic in the box, keeper Joseph Andema never saw UCLA’s Andre Ochoa’s shot.

Both teams came out hot to start the second half. The teams went back and forth, but with just over 11 minutes left in the game, Tucker Lepley of UCLA hit a low liner into the bottom right corner to give the Bruins the edge and they never looked back. Clemson put up seven shots in the second half but was unable to capitalize due to UCLA’s backline and keeper Nate Crockford, who finished with five saves.

Upon the conclusion of the season, Head Coach Mike Noonan stated, “I just got done telling them this is a special, special group of young men. I told the guys it’s about the love they bring to each other, and that’s why this is so hard.”

For all the most up-to-date information on…