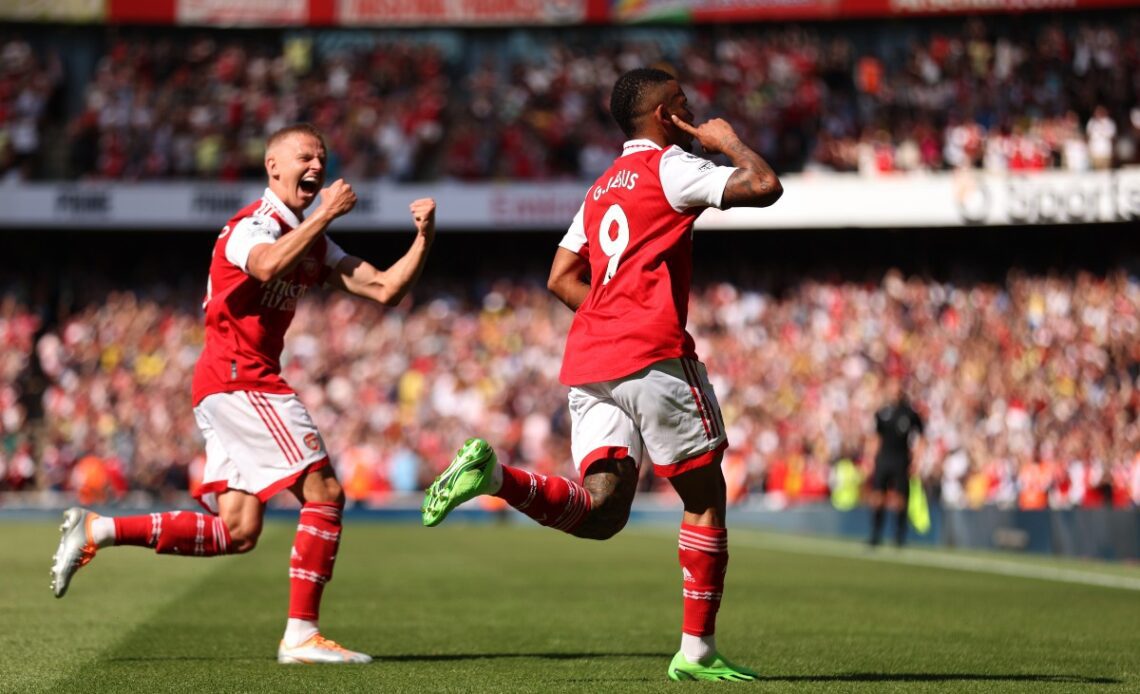 Man City have decided that they will not sell any more first-team stars to Arsenal after helping the Gunners form a title challenge by allowing two of their stars to move to the Emirates over the summer.

Gabriel Jesus and Oleksandr Zinchenko made the switch from the Premier League champions to Arsenal during the latest transfer window and both have been a success so far at the London club – especially the Brazilian star.

Man City received £45m for Jesus, whilst later selling Zinchenko £30m plus £2m in add-ons, and now that these deals have worked against City, the Manchester club have made a new rule regarding future transfers to Arsenal.

According to Football Insider, Man City will now reject any future offers from Arsenal for players who would go straight into their starting team, which indicates that smaller stars are still on the table for transfer.

This indicates that Man City are worried about Arsenal who sit five points clear on top of the Premier League ahead of Pep Guardiola’s side.

Mikel Arteta has got his side playing beautiful football up until now and it looks like the Gunners are capable of winning the Premier League.

The two transfers will have played a part in that should Arteta’s side achieve the feat but money talks, therefore, future dealings between the pair can’t fully be ruled out.