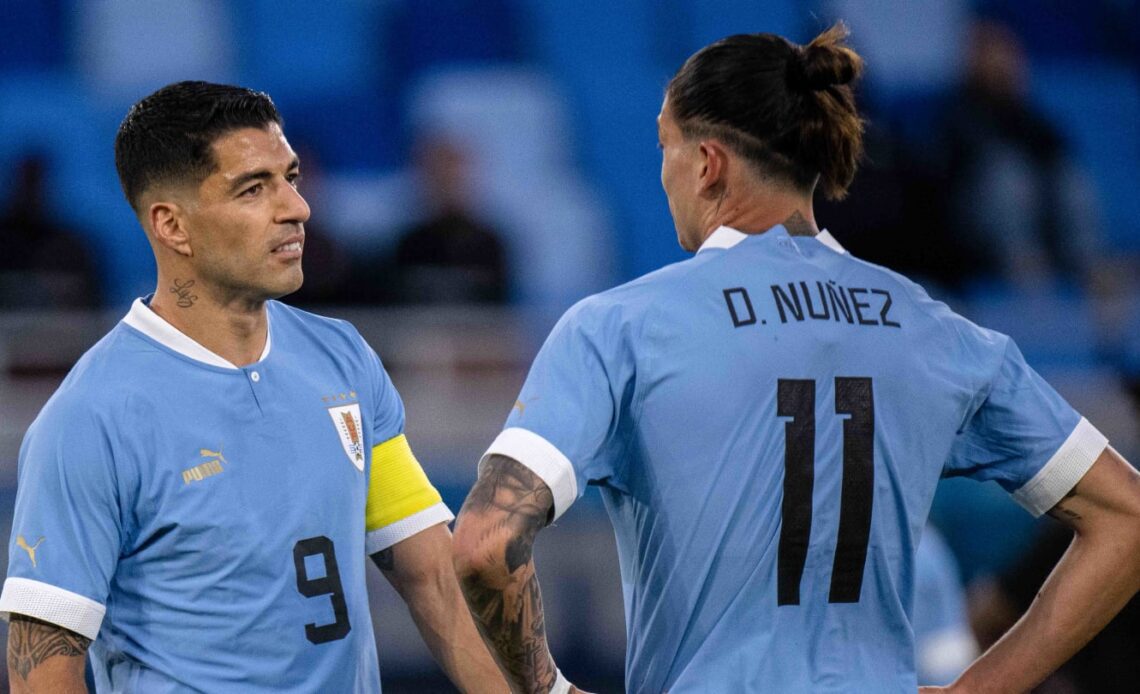 Luis Suarez says he speaks to Darwin Nunez “regularly” to try and help his compatriot succeed at Liverpool.

Nunez followed in Suarez’s footsteps this summer when he joined the Premier League club as his Uruguay team-mate did in 2011.

Suarez’s time at Liverpool proved to be hugely successful, with the striker bagging 82 goals in 133 matches.

However, he was also involved in a number of controversies which somewhat tainted his time in England, so much so that he was glad to leave for Barcelona in 2014.

Nunez’s time at the club has started in a similar fashion with the 23-year-old beginning to impress, getting nine goals in 18 matches, but also making headlines for the wrong reasons after getting sent off for a headbutt on his first start.

Suarez gets in touch regularly to try to help and ensure the former Benfica player doesn’t make the same mistakes he did.

“Nunez is now playing for Liverpool like I knew he would,” Suarez told the Mirror.

“He has exploded – and I am sure there will be many goals and trophies for him there. I speak with him regularly. I want him to help him, for him to learn from my mistakes.”

Nunez is about to play his first World Cup, but for many of his Uruguay team-mates such as Suarez, Edison Cavani and Diego Godin, it will be their fourth and most likely last.

Suarez is aware of that and wants to make sure they go out on a high.

“You always want to do well at a World Cup, but for many of us, we are realistic and know this will probably be our final appearance in the competition,” he said.

“Myself, Cavani, Godin, this will be our last time and we want to make it count. To play in four World Cups is a dream, but we hope this will be the most special one yet.

“It is always hard to talk about favourites – but of course, it is our dream to reach the final and I think South American teams will be strong in the tournament.”