Huskies’ Season Comes To End In Second Round 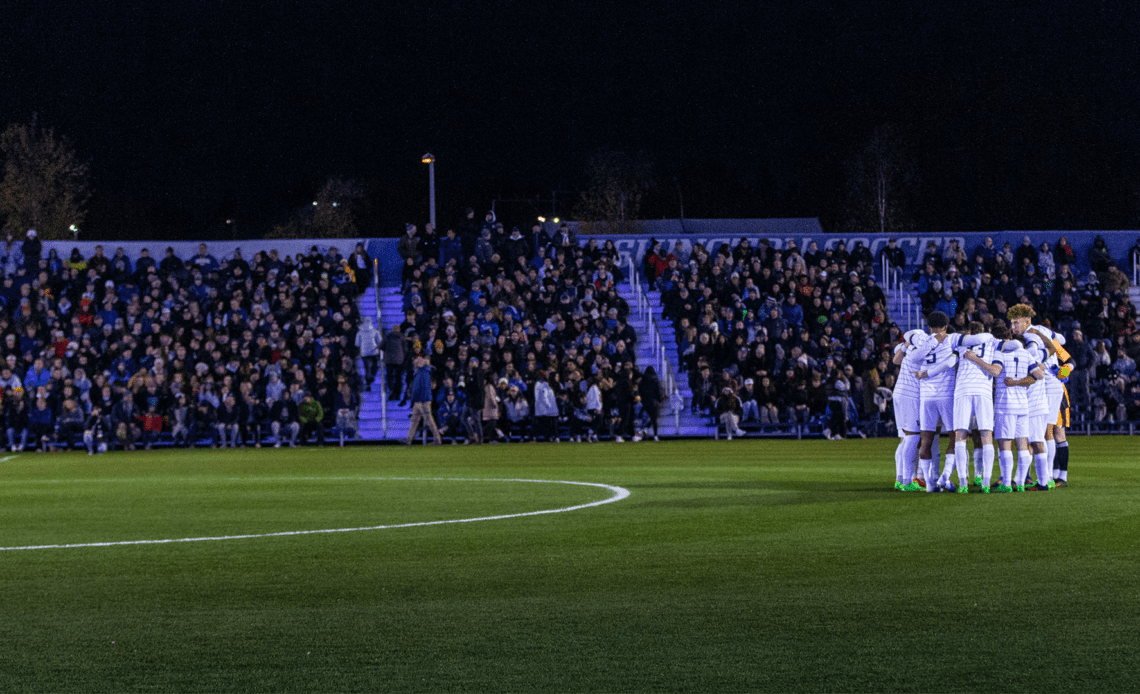 SEATTLE – The Washington men’s soccer team’s season came to an end on Sunday night after falling 3-1 to Creighton in the Second Round of the NCAA Tournament.

The Huskies concluded the 2022 season with an overall record of 15-2-3 and the program’s fourth Pac-12 Championship.

“The emotion out there for those guys is immense,” head coach Jamie Clark said. “We thanked all those guys—Lucas Meek, for giving us six years of his life and for giving us happiness and joy in watching him play out there, it’s an absolute treat. Omar, for coming home, we love those guys who come home and decide that this is the place for them.

“And Gio is just a gritty kid, he’s the blue-collar player that represents what we think we’re about, hard work, toughness. We’ll miss those guys; I feel for them.”

Kalani Kossa-Rienzi put the Huskies on the board in the 10th minute. Ilijah Paul sent the pass to Kossa-Rienzi who was at the top of the box and sent it past the Creighton goalkeeper for the 1-0 advantage.

Creighton leveled the match in the 21st minute on a goal by Owen O’Malley.

Washington had a couple of chances to retake the lead late in the first half, but shots by Gio Miglietti and Nate Jones didn’t find the back of the net.

The Huskies continued to attack in the second half forcing nine corners but were not able to convert.

The Bluejays went on to score two goals in the final seven minutes of action, both coming from the nation’s leading goal scorer, Duncan McGuire.

Sam Fowler matched his postseason-high with six saves, recording five in the first half.