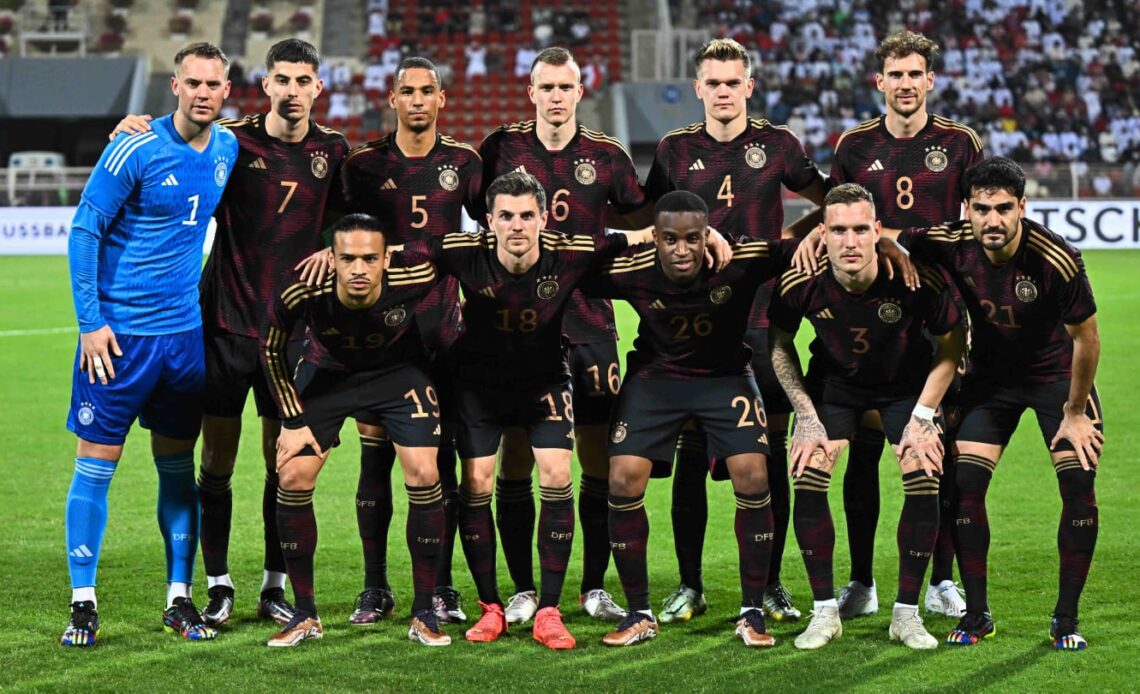 Germany’s bid to reestablish their status as a Turniermannschaft (tournament team) begins with an opening group stage encounter against Japan on Wednesday afternoon.

Joachim Low was still at the helm for Germany’s most recent World Cup match; a crushing 2-0 defeat to South Korea which confirmed the nation’s first-ever group stage exit.

Japan squeaked out of their pool by the narrowest of margins, advancing ahead of Senegal because they collected fewer yellow cards. Just as Germany‘s coach Hansi Flick was assistant to Low, Hajime Moriyasu replaced his former boss Akira Nishina after the 2018 tournament.

Here’s everything you need to know about the meeting between these two nations.

Lukas Klostermann lasted 34 minutes before he was replaced in Germany’s final warm up match ahead of the World Cup. However, Flick quashed any suggestions of an injury for the RB Leipzig defender, revealing that it was a pre-planned arrangement given Klostermann’s lack of game-time this season.

The 26-year-old played just one Bundesliga match before rupturing an ankle ligament in August.

Neither Thomas Muller nor Antonio Rudiger featured in the squad which beat Oman a week before their World Cup opener. The pair are expected to resume training four days ahead of the fixture and both will have an eye on penetrating Flick’s starting XI.

Yuya Nakayama had to be replaced in the squad by Shuto Machino after Huddersfield Town confirmed he would require surgery on his Achilles tendon.

Wataru Endo was stretchered off after a clash of heads during Stuttgart’s penultimate Bundesliga match. The 29-year-old midfielder sat out his side’s final game with a concussion but was included in Japan’s final 26.

Takehiro Tomiyasu pulled up with what Mikel Arteta described as “a small injury” during Arsenal’s Europa League victory over FC Zurich at the start of the month. A key figure in Japan’s setup, Tomiyasu came off the bench in the Blue Samarai’s final pre-World Cup friendly against Canada.