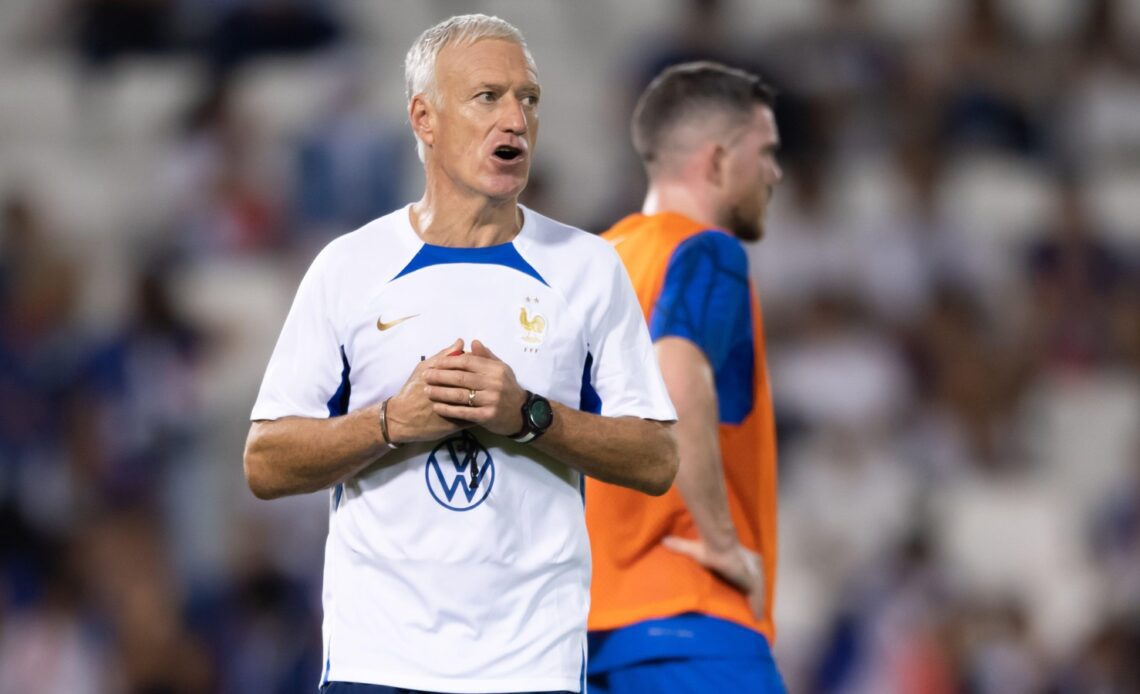 France boss Didier Deschamps has announced the surprise decision to not call up a replacement for injured striker Karim Benzema.

Les Bleus were hit by bad news last night as Ballon d’Or winner Benzema was ruled out of the World Cup with a thigh strain.

The Frenchman scored 44 goals in 46 matches last season for Real Madrid and has already bagged five goals in his first seven La Liga appearances this term.

France’s official Twitter account tweeted: “Karim @Benzema has pulled out of the World Cup with a thigh injury. The whole team shares Karim’s disappointment and wishes him a speedy recovery.”

Before Benzema posted a message on Instagram: “In my life I never give up but tonight I have to think about the team, like I always do, so the reason tells me to leave my place to someone who can help our team to make a great World Cup.

“Thank you for all your messages of support.”

Benzema’s statement seemed to suggest that Deschamps would call up a replacement with Manchester United’s Anthony Martial,  Monaco’s Wissam Ben Yedder and Bayer Leverkusen’s Moussa Diaby all rumoured to be possible options.

However, the France boss insisted that he wouldn’t be replacing the Real Madrid star after admitting that it comes as a “big blow” to his team.

Deschamps told Telefoot on Sunday: “It’s obviously a big blow to lose Karim. He had done everything [to be available], so had we. He was in a session and felt pain in his other leg after an innocuous action.

“The scans confirmed that unfortunately it is too big a strain compared to the schedule that awaits us. Will he be replaced? No.”

When pushed further on why he won’t be calling up another striker, Deschamps replied bluntly: “Because I decided, simple.”

Deschamps has already lost Christopher Nkunku to injury earlier this month and there is a worry that France now only have seven attacking players.

“We had already lost Christopher but we have an objective, a goal, and the group knows very well what awaits us,” continued Deschamps.

“We have a quality group, we are together. I am convinced of it and I have confidence in the group.”

France are one of the bookmakers’ favourites for the tournament with Brazil, Argentina and England amongst the other fancied nations.

Deschamps’ side kick off their World Cup campaign on Tuesday against Australia before facing Denmark on Saturday and Tunisia on Wednesday.