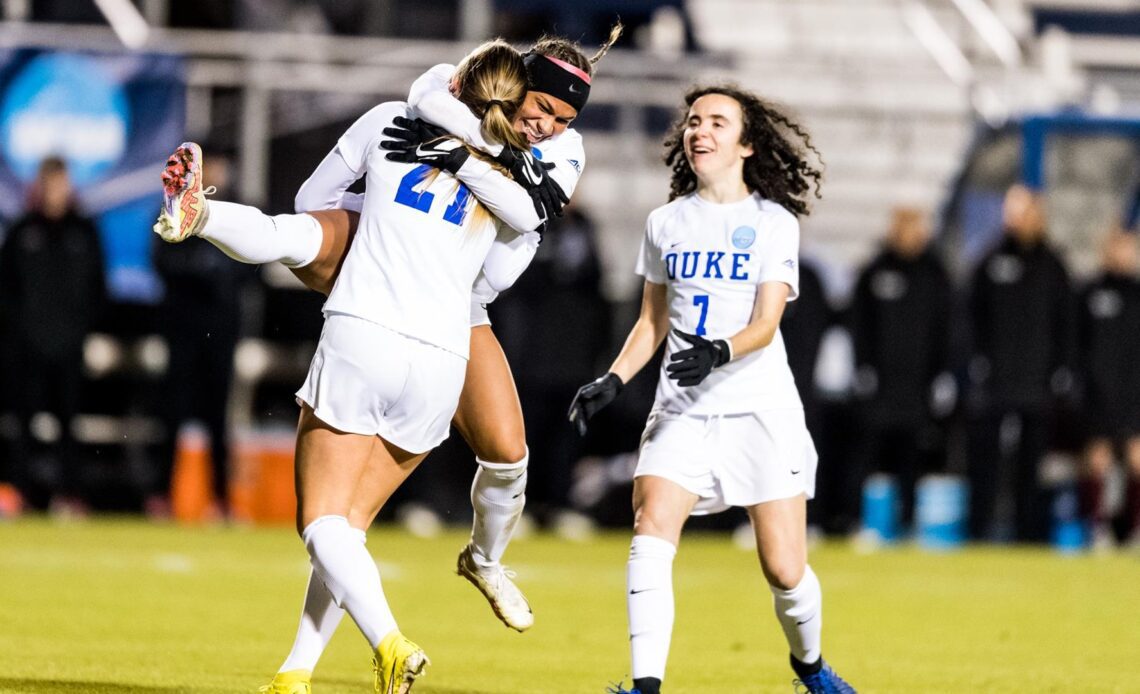 GREENSBORO, N.C. (theACC.com) – For the first time in conference history, five Atlantic Coast Conference teams advanced to the Elite Eight of the 2022 NCAA Women’s Soccer Tournament. The ACC has the most teams remaining of any other conference in the country.

Top seeds Florida State (16-2-3) and Notre Dame (17-2-3) posted clean sheets to earn their spots in the NCAA quarterfinals. The Seminoles blanked conference rival Pitt 3-0, as FSU will make its fifth-straight appearance in the Elite Eight. Beata Olsson, Leilanni Nesbeth, and Jody Brown each scored for the Seminoles. The Fighting Irish have not allowed a goal the entire tournament and are unbeaten in their last 12 matches, as they blanked TCU 2-0. Olivia Wingate and Maddie Mercado scored a goal apiece in the victory.

No. 2 seeds Duke (15-4-3) and North Carolina (19-4-1) each posted one-goal wins en route to the Elite Eight. The Blue Devils held off a late rally from third-seeded South Carolina for a 2-1 victory. Michelle Cooper scored a goal in each half to send the Blue Devils to the quarterfinals for the ninth time since 2011. On Saturday, UNC’s Talia Dellaperuta scored the opener and teammate Maddie Dahlien followed with a brace to edge BYU 3-2, as the Tar Heels will make their 16th appearance in the Elite Eight since 2001.

Third-seeded Virginia (15-3-3) needed overtime to defeat No. 2 seed Penn State in University Park, Pennsylvania. Haley Hopkins scored in the 94th minute to send the Cavaliers to the quarterfinals for the ninth time in program history.

The ACC has had a team in the Women’s College Cup in 39 of the past 40 NCAA Tournaments and in each of the past 16 years. With the ACC’s five teams in the Elite Eight, the streak is guaranteed to continue.

The ACC has 55 appearances in the College Cup – the most of any conference (the next closest conference is the Pac-12 with 28 appearances). Current membership combines for 67 appearances.