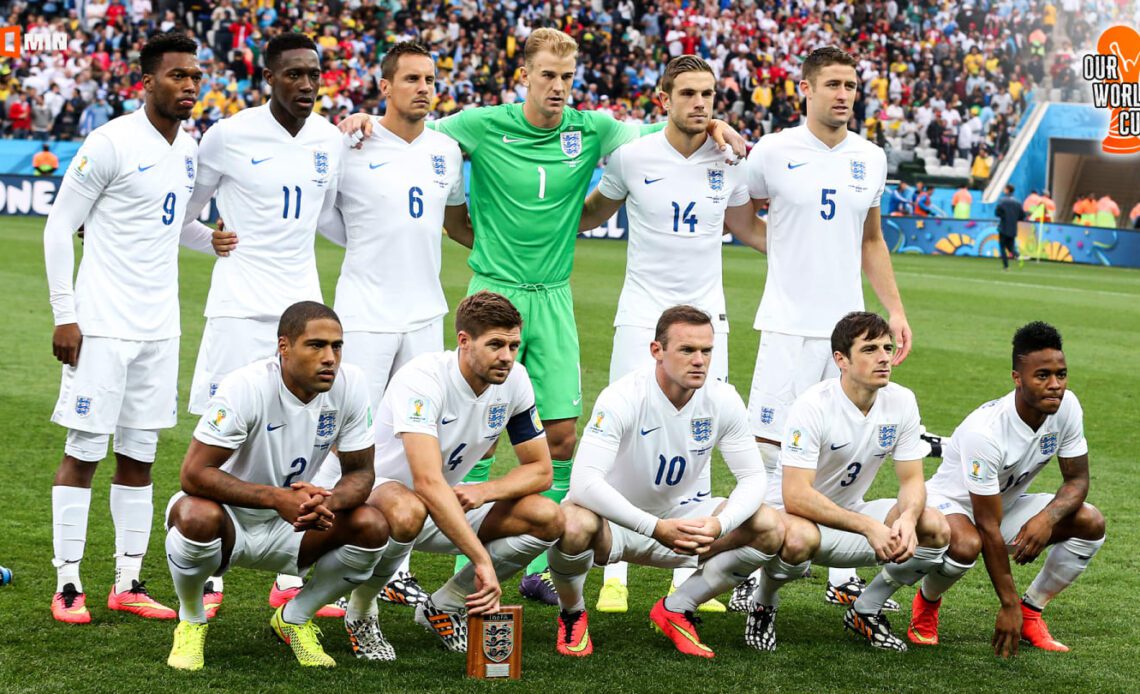 Do you remember, and I don’t know why I’m asking because I know you do, you definitely do…do you remember at the very start of England vs Italy at the 2014 World Cup in Brazil when Raheem Sterling picked up the ball, scuttled past Gabriel Paletta and unleashed a heat-seeking missile towards the top corner from way out on the right wing?

You do, don’t you. Because in every single pub and living room up and down this sordid little country we thought that was a goal. We jumped up off our little seats and spilt our little beers and hugged our little mates for literally just a shot into the side netting.

In the immortal words of Ja Rule on Twitter (RIP), (that’s to Twitter, not Ja Rule), (Ja Rule is very much still alive… I think): “I too was hustled, scammed, bamboozled, hoodwinked, led astray!!!”

I kid you not, that television angle and net-ripple trickery was probably England’s best moment at what was an otherwise exclusively terrible World Cup.

Harry Symeou hosts Scott Saunders, Brian Goldfarb, Sean Walsh & Ali Rampling from the 90min editorial team to look back on Brazil ’14 as part of the ‘Our World Cups’ series. We take a trip down memory lane – join us!

The beard. The captain’s armband. The shaggy, wet hair like a dog in from the rain. The haunted look of a man who had seen spaghetti snapped in half one too many times. Andrea Pirlo at the 2014 World Cup was peak Andrea Pirlo, aesthetically at least.

He could barely run but of course Pirlo had never needed to. He let the ball do the work. Against England, it was embarrassing. A devastating manifesto against huff-and-puff, chests out, Three Lions passion-ball.

Where to start. There was plenty of nonsense that occurred throughout the match, from Phil Jagielka heading an impudent Mario Balotelli chip off the line to Phil Jagielka starting in the first place. Other options in Roy Hodgson’s squad to partner Gary Cahill: Chris Smalling, Phil Jones, end of list. Sweet Jesus.

Beyond that, after Sterling’s initial wondergoal-that-wasn’t, every player seemed as though they were trying to singlehandedly win goal of the tournament, perhaps as a result of all the Jabulani swervers and dippers at…