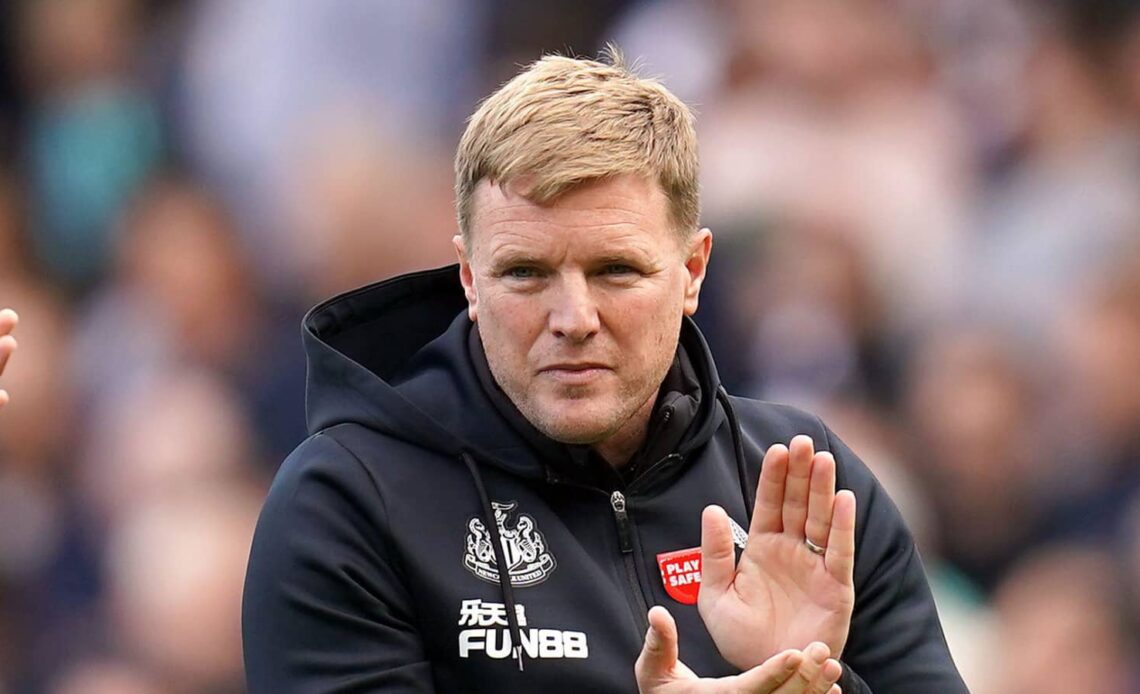 Sky Sports presenter Dharmesh Sheth thinks Newcastle United may sense the “unique opportunity” to strengthen in order to maintain their position beyond January.

The Magpies have been to strangers to chopping and changing in the transfer window of late. Since Eddie Howe took charge of the club, 11 permanent additions have walked through the door.

According to Sheth, more new faces could be brought in during the upcoming transfer window.

“And I just wonder whether Newcastle, teams like Newcastle, and I mentioned the factor with Arsenal, whether they’ll look at January and think you know what, this is a unique opportunity we’ve got here,” he said on Chris Cowlin’s Youtube Channel.

“Let’s try and bring in some players because, you know, we’re in a position that maybe we didn’t think we would be, but now we are, take advantage of it and reinforce the squad.”

Indeed, Newcastle are currently third in the Premier League, just two points behind last season’s victors Manchester City. That is a far cry from where they were when Howe took charge – scrapping at the bottom end.

A lot of their success can be attributed to players that have not long since walked through the door. Of course, the likes of Miguel Almiron and Fabian Schar have been in good form.

However, so too have Sven Botman, Kieran Trippier and Bruno Guimaraes; the latter two could be seen as two of the best performing players in the league this season.

As such, adding even more quality players to the group could be a good way of maintaining the position.

Having more star power to call upon can certainly not be a bad thing for Howe to have.

A transfer for Arsenal target Mykhaylo Mudryk has been mooted. While Shakhtar Donetsk have reportedly put an £87.75million price tag on his head, it is not as if the Magpies could not afford to pay that.

However, to this point under the new ownership, they have not spent crazy funds on one player. Rather, they have made smart additions for lower fees, of players that will gel well with the squad.

That is not to say that they won’t attempt to snare Mudryk, but it would not be a surprise if they continued with their current formula.

All will become more clear when the January window does open, though there is still some time until that happens.