What to Watch in Qatar: Group Stage Week 1 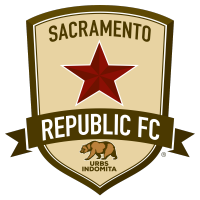 Throughout the FIFA World Cup, follow along to keep tabs on the top matches to watch throughout the entire tournament, from the group stage all the way to the Final on December 18.

Soccer’s biggest stage is just days away. All 32 nations set to battle for global glory are now in Qatar, preparing to put it all on the line to advance. The group stage will kick off Sunday, pitting host nation Qatar against South American outfit Ecuador – but a full slate of contests follows each day through December 2. Check out all of the Week 1 action you won’t want to miss:

The opening contest of the World Cup always brings a spectacle. 2022’s opener features the host nation in action a day ahead of the rest. Each side has a challenge ahead of them, as Qatar’s first-ever World Cup experience comes with a tough group in Ecuador, Senegal, and the Netherlands. A win on home turf would surely send the locals in attendance into frenzy, especially against an Ecuadorian side that has plenty of firepower to reach the next round.

Many in the Northern Hemisphere will be awaiting the United States’ Monday matchup with Wales. But the preceding contest pits two squads against each other that are likely to offer a tight affair. Many perceive the Dutch to be team to beat in Group A, even after missing the 2018 tournament – but Senegal enters the tournament as continental champions poised to continue performing at a high level.

France kicks off their 2018 title defense against Australia, who earned its berth in the tournament with a penalty shootout win over Peru in the inter-confederation playoff. Boasting some worldwide stars, including Ballon d’Or winner Karim Benzema of Real Madrid and PSG’s Kylian Mbappe, the French will again be a team to watch throughout the tournament.

For those up early on Wednesday, a match between a perennial winner and an always-strong outfit backs up the opening contest of the day between Morocco and Croatia. Many…