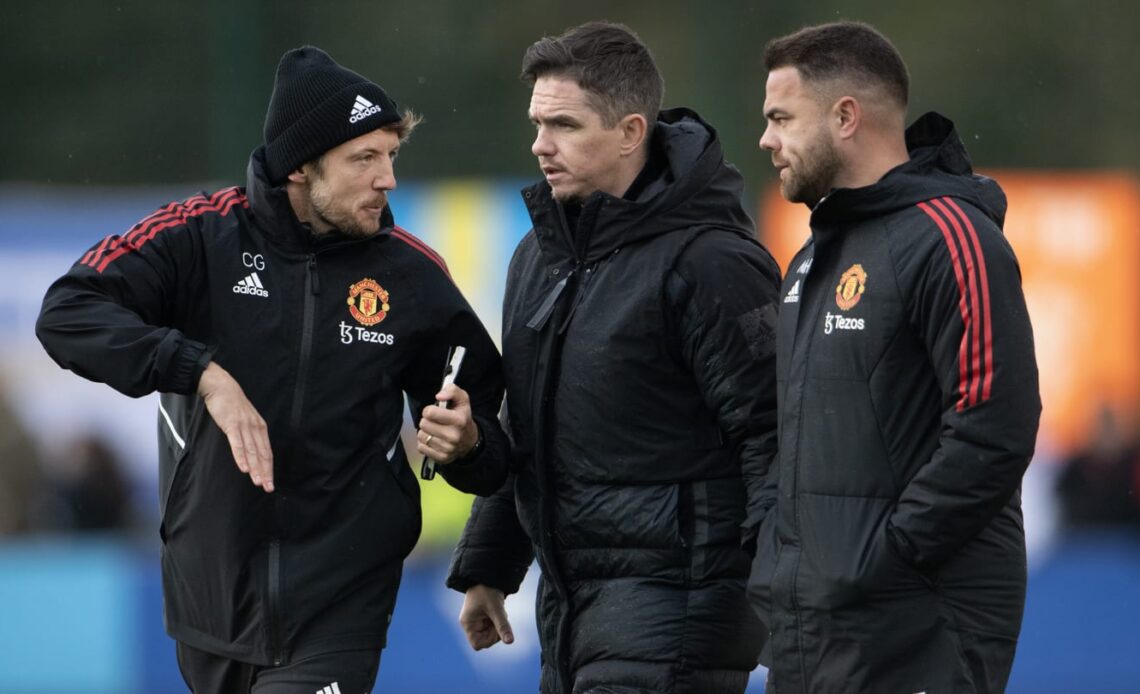 Manchester United manager Marc Skinner takes his team to London face Arsenal in the WSL on Saturday evening, with the game at the Emirates Stadium taking full advantage of the pause in top flight men’s football for the World Cup.

United go into this one off the back of defeat to Chelsea last time out, which ended their flawless start to the season and saw them slip from first place in the table to third. It was a tight game against the Blues that was ultimately decided by lapses in key moments.

There has been an international break since then, with England enjoying an unbeaten end to the calendar year with a squad featuring no fewer than six United players.

Skinner spoke to the media ahead of the Arsenal clash, with key topics including the injury status of Ona Batlle and Lucia Garcia, United’s record against the WSL big three, the fallout from the Chelsea defeat and Vilde Boe Risa after she admitted she could consider leaving the club.

“Since the international players have come back in, I’ll touch wood, there have been no absentees. We have a full squad to pick from.

“Aoife [Mannion] will still be ready after Christmas I imagine, but she’s progressing nicely. She’s training with the team, albeit modified slightly.”

“They’re a very good team and we did put in two very good performances [against them last season], obviously took a point [in the WSL] and won in the [Conti] Cup. We’re showing progression. I know our fans are hungry for that progression to be right now and so are we.

“It’s a different venue, lots and lots of fans, so I expect a different game to the one we played last year but I still want to see that continued growth from our team. I see it in abundance… character, commitment, all of the things a coach wants.

“Now, I want us to produce that in the moments that really matter. That’s the next step for us, to perform as well as we can on a consistent basis in these types of games.

“We have to earn everything against Arsenal because they are a very good team. I want to make sure that we play with that Manchester United ethos and spirit in all these games coming up… some really big ones before Christmas. I want us to not fear or be scared of that and I don’t think we are.”

“There are always little markers we look for in our performances to make sure we are on task and on target. We need to be tight at one and make sure we create plenty at the other end. I think this is another game near the top of the table so…