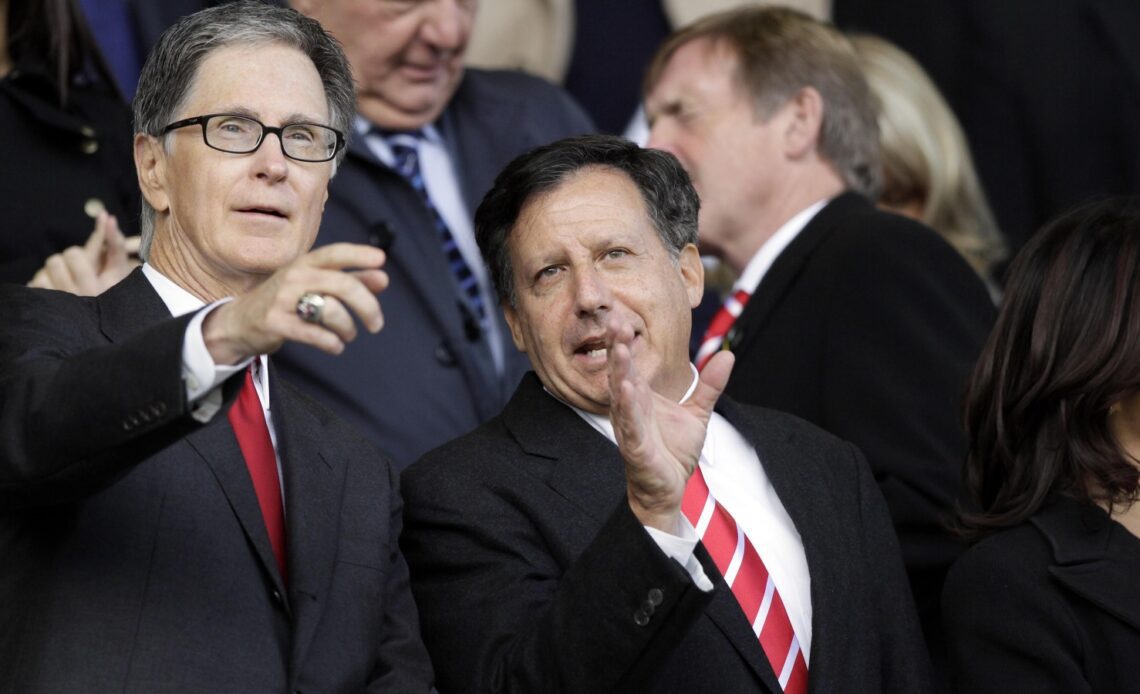 Liverpool chairman Tom Werner has confirmed that owners Fenway Sports Group are looking to sell the club, but “there’s no urgency” to get a deal done.

The Athletic correspondent David Ornstein broke news on November 7 that FSG are looking to find a buyer for the Merseyside club.

FSG quickly followed up the news with a statement, insisting they remain “fully committed” to Liverpool while negotiating with investors.

Speaking to The Boston Globe, Reds chairman Tom Werner has confirmed that the club is up for sale, though there appears to be no rush to finalise a deal.

He said: “We’re exploring a sale, but there’s no urgency, no time frame for us, and as far as I’m concerned, it’s business as usual.

“One outcome could be our continued stewardship for quite a while.”

Speaking this week, a partner of FSG, Sam Kennedy, discussed the sale, admitting there has been a lot of interest shown from potential investors.

Kennedy also told The Boston Globe: “There has been a lot of interest from numerous potential partners considering investment into the club.

“It is early days in terms of exploring investment into Liverpool.”

Kennedy added: “Great companies grow by adding value to their business. One way to increase that value from time to time is to sell assets or add investors. Does that mean FSG is going to sell Liverpool? I do not know.

“It’s John Henry’s, Tom Werner’s and Mike Gordon’s job to responsibly run Fenway Sports Group and they felt this was an ideal time to explore possible opportunities for investment into the club.”

They have brought lots of success to Anfield and have overseen the club’s most successful spell of the 21st century.

The Daily Mail believe FSG are looking to receive £2.7bn ($3bn) for the club.

It was initially stated that the Reds could be sold for up to £4bn.

Chelsea were bought by a Todd Boehly-led consortium for a reported £4.25bn fee earlier this year.

It has been said that FSG’s desire to sell the club will not have a negative impact on the club’s ambition in the January transfer window.

Bellingham is one of the most sought-after footballers in the world right now.

The 19-year-old Borussia Dortmund midfielder has been terrific in Germany and should cost at least £100million.