No. 19 Women’s Soccer Advances to NCAA Championship Third Round with Win Over No. 18 Georgetown 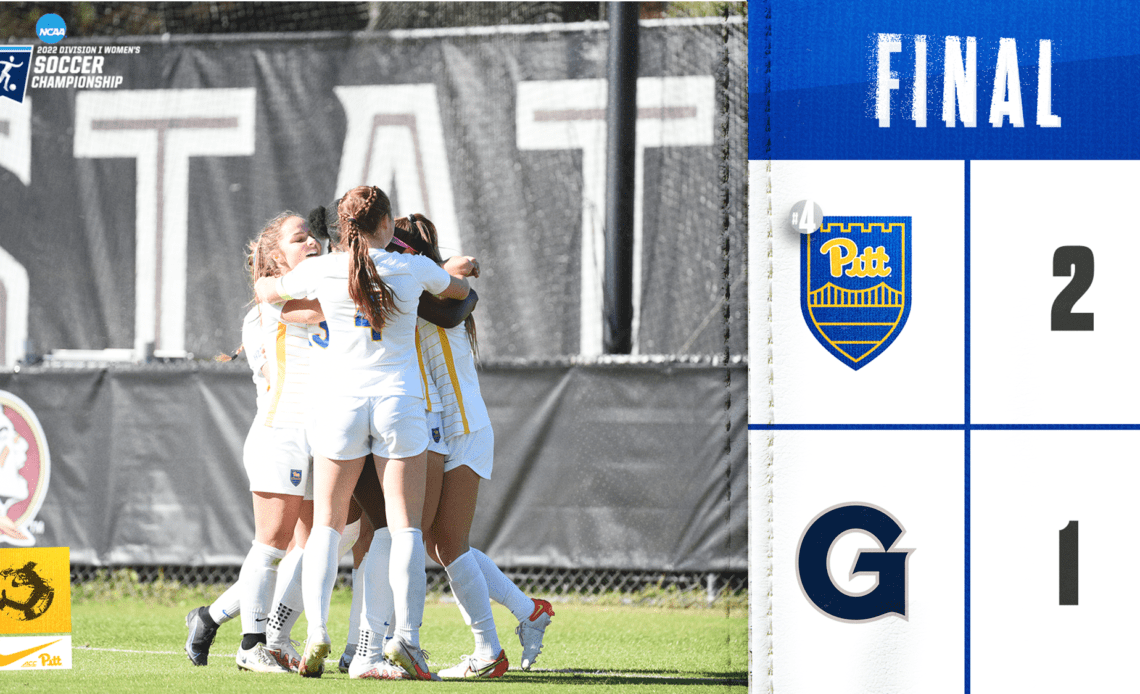 TALLAHASSEE, Fla. – The No. 19-ranked Pitt women’s soccer team (14-4-3) extended its magical season courtesy of a 2-1 victory over No. 18-ranked Georgetown (15-2-5) in the 2022 NCAA Championship Second Round Saturday at the Seminole Soccer Complex.

In their first NCAA Tournament appearance, the No. 4-seeded Panthers have advanced to the Sweet 16 courtesy of the win over the  No. 5-seeded Hoyas.

Pitt potted a pair of goals in the first half, then held on in the final 45 minutes to shut out the Hoyas in the second half and score the one-goal win.

The Panthers put the first goal of the game on the board in the 19th minute, Pitt broke down the Georgetown defense, starting with Samiah Phiri feeding a through ball to Landy Mertz, who then got it inside to Sarah Schupansky who finished with the one timer. The goal marked Schupansky’s seventh of the season.

Georgetown evened the score in the 37th minute, though, as Claire Manning found the back of the net. Erika Hardwood assisted on the goal.

Pitt wasted no time responding to the challenge, however, scoring off a corner. Schupansky took the corner and sent the ball toward the net and it deflected off of Katie Zailski and into the goal to give the Panthers a 2-1 advantage.

The second half saw Georgetown outshoot Pitt, 6-1, and control possession for much of the half. Pitt was able to hang on, though, and punch its ticket to the Third Round of the NCAA Championship.

Pitt earned the win despite being outshot by a 12-9 count. Schupansky tallied a game-high four shots, with two coming on goal. Zailski finished with two shots.

Caitlyn Lazzarini finished with four saves before exiting the game with an injury late in the second half. Freshman Ellie Breech played the final 6:06 in goal to finish off the win.

Four Hoyas finished with two shots, with Manning putting a team-high two on goal. Allie Augur made two saves for Georgetown but conceded both goals while playing the full 90 in goal.