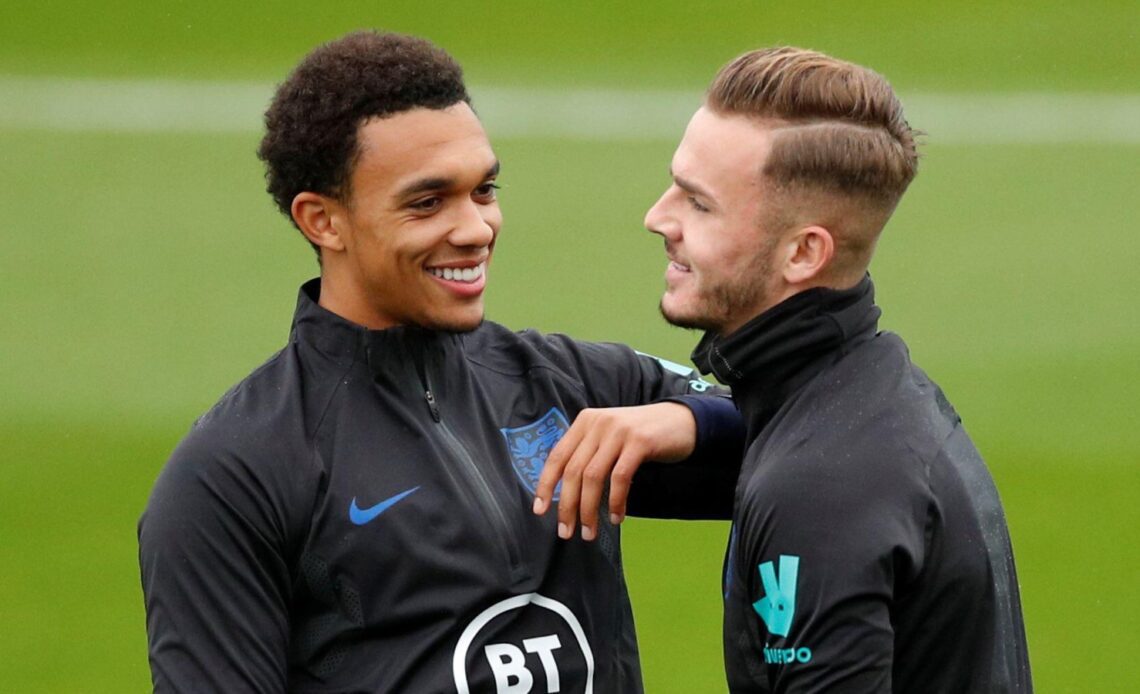 James Maddison was again the only player to train away from the main group as England continued to gear up for their World Cup opener.

The Three Lions kick-off Group B against Iran on Monday, before facing the United States and neighbours Wales.

Maddison hopes to be fit for the start of the tournament after a positive scan on the knee complaint which saw him substituted in the first half of Leicester’s win at West Ham last weekend.

The midfielder came out for the pre-session huddle on Friday but worked away from the main group for the second straight day due to what the Football Association called load management.

“It’s OK,” Maddison said on Wednesday. “We had a scan the day before we met up.

“It was a positive scan. It wasn’t any major problems. I have to do a bit of work to get up to speed with the physios here but it should be no concern.”

Asked if the issue will impact his tournament, Maddison said: “I hope not, no.

“We’ve got to tick a few boxes with the physio team, there might be a bit of separate work, extra work to make sure it’s right and not a problem because I want to be fully, 100 per cent if called upon. I’m hopeful I will be fine.”

Meanwhile, Joe Cole backed Southgate’s decision to take Maddison, who couldn’t be ignored due to his excellent form for Leicester this season.

He said: “The big one for me was [James] Maddison. Form wise and quality wise he should be playing, but also because of his personality – he’s an England player. He won’t shirk the responsibilities; he’ll get on the ball.

“There will be times later in the tournament when the game might be in the balance and you need to be brave and accept the ball as a midfield player and he will do that. You can play number 10s deeper now and we need to set the tempo of our games. I’m so happy he’s in.”

Kyle Walker and Kalvin Phillips were among the 25 training at England’s Al Wakrah Sports Complex base as they build fitness after injury.