England fans (and also but unimportantly all other countries’ fans) hit with World Cup BOOZE BAN! 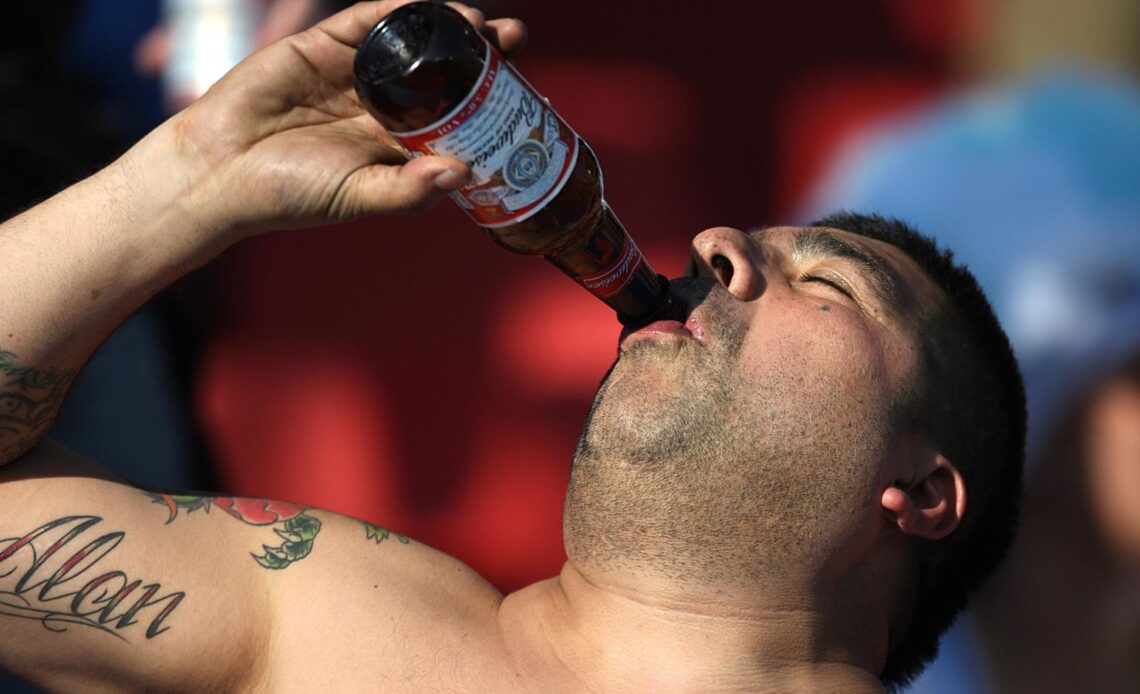 Booze of the World
Qatar deciding not to allow the selling of booze inside the stadiums is clearly a big about-turn, albeit one that now seems likely to have been planned all along and delayed just long enough to make it a fait accompli. And it’s going to be grimly amusing to watch this be the point at which Qatar moves beyond the pale for many people, but we also enjoyed the inevitably jingoistic Sun headline.

First, the very idea of “Bud Zero” is intrinsically hilarious. But mainly we like the implication that it’s only England fans being hit by the booze ban. Hit hardest, perhaps.

The solution
“England fans may have to stump up £19,000 to avoid Qatar World Cup ‘beer ban”” is the technically correct yet absurd headline in the Express, suggesting England fans in Qatar might buy £19,000 hospitality suites that will not be subject to the BOOZE BAN. England fans “may have” to do this, you’ll note. There is no other option. Or, and this may sound insane, they might just watch matches whilst sober?

The sound of silence
There’s still more Ronaldo stuff, we’re afraid, even if it is at least kept off the front page of The Sun today by the cynically but actually quite adeptly reworked Christmas Three Lions which we really, really wanted to hate but don’t. (“She-Lions” is a bit weird, though)

Wayne Rooney has spoken about it because he was asked about it. Obviously this has gone through the Sun Journalese Machine and come out as Wayne Rooney “breaks silence” and “hits back” at Ronaldo’s criticism of his former team-mate. You already know this is going to be far less combustible than The Sun are making it out to be, and also far more reasonable than anything Ronaldo said.

“Cristiano Ronaldo’s a fantastic player and, as I’ve said before, he and Messi are the two best players probably to play the game.

“And, again, it’s not a criticism. What I’ve said is age comes to all of us, and Cristiano is obviously feeling now that he’s finally had to deal with that.

“Obviously, he’s done an interview, and it’s gone global, and it’s strange, some of the comments are strange.

“But I’m sure Manchester United will deal…