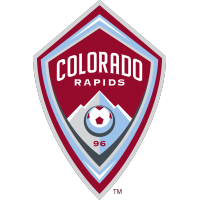 COMMERCE CITY, Colo. – The Colorado Rapids announced today the club has recalled midfielder Cole Bassett from his loan with Dutch side Fortuna Sittard effective immediately. Bassett will join the Rapids for their preseason preparations ahead of the 2023 MLS season.

“We’re thrilled to welcome Cole back home to Colorado,” said Pádraig Smith, Colorado Rapids Executive VP & General Manager. “We all know the caliber of player he is, and given his obvious familiarity with our club and the league, we believe he can be a key contributor as we make a push to return to the playoffs in 2023.”

“I couldn’t be more excited to return home and to a club I’ve loved my entire life,” said Bassett. “I know we can achieve great things together next season and can’t wait to play in front of our fans once again at DICK’S Sporting Goods Park.”

Bassett, 21, was loaned to Fortuna Sittard in August after the Rapids recalled him from a loan with fellow Eredivisie side Feyenoord Rotterdam. In all, Bassett registered 19 appearances, one goal and one assist across both clubs since his initial move to the Netherlands in January. As part of Feyenoord’s original agreement with the Rapids, the Dutch club will retain the option to purchase Bassett if exercised by March.

A native of Littleton, Colo., Bassett is a product of local youth side Colorado Rush and joined the Rapids Academy in 2017 before signing a Homegrown Player contract with the club in August 2018 at age 17, then the youngest signing in Rapids history. At the time, he set additional records as the youngest player in club history to make his professional debut and score a goal. During his time with the Rapids, Bassett made 72 appearances for the club, recording 13 goals and 11 assists since making his professional debut on Sept. 8, 2018.