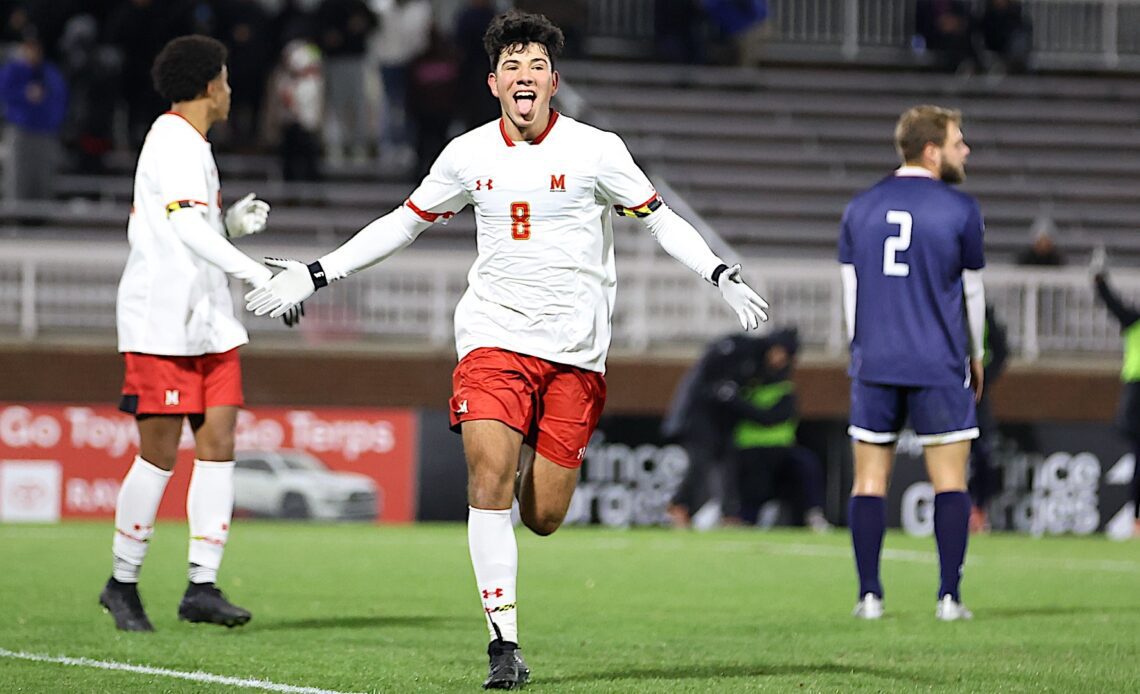 
Box Score COLLEGE PARK, MD – In Maryland’s 100th all-time NCAA Tournament game, the Terps took control early and scored often in a convincing victory over Fairleigh Dickinson, winning 5-2, on a chilly Thursday night at Ludwig Field in the NCAA First Round.  The Terps (11-3-5 overall) advance to face No. 14 seed Cornell on Sunday at 2 p.m., in Ithaca, N.Y. That game will air on ESPN+.

Stefan Copetti, Malcolm Johnston, Albi Ndrenika all scored in the first half while Joe Suchecki and Hunter George scored in the second half. Johnston added two assists for a career-best four-point game.

Less than two minutes into the game, Copetti scored on the Terps’ first shot to begin the Terps’ onslaught. Johnston scored in the ninth minute to increase that lead to 2-0. Johnston then set up Ndrenika for his first-career goal in the 25th minute to making it 3-0.

In scoring five goals, the Terps equaled their school record for goals in an NCAA Tournament game, previously accomplished five times, the last in the 2012 first round against Coastal Carolina.

In net, Niklas Neumann made five saves to earn the win.

The win was head coach Sasho Cirovski‘s 50th in the NCAA Tournament as he is coaching in his 30th NCAA Tournament overall, a record for most tournaments coached in ever.

NEC Champion FDU had its season come to an end with a 10-6-3 record.

Breaking Down The Action