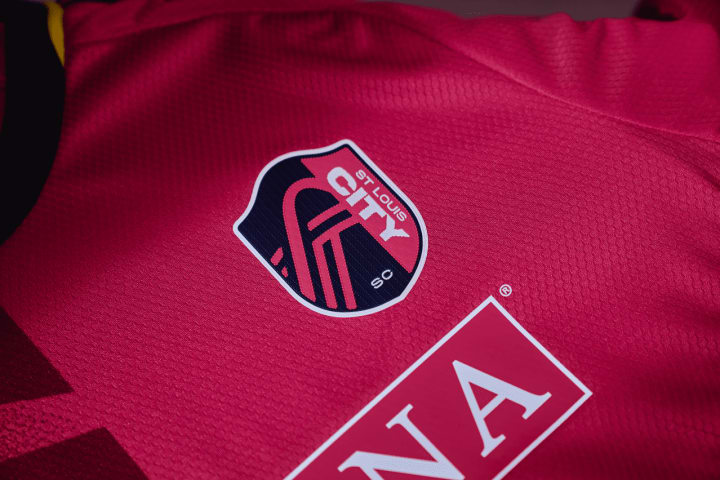 Major League Soccer‘s latest expansion club are busy building out their roster as they prepare to begin play in the 2023 season.

On Wednesday, they took the latest step by revealing the jersey they will wear in years one and two.

The jersey features the club’s signature ‘CITY red’ color with navy and yellow accents as a nod to the City of St. Louis flag, which is displayed as a patch on the bottom hem. Also featured is a geometric pattern echoing the steel plates of the Gateway Arch.

“It was important for the design of our inaugural jersey to reflect who we are as a club and as a community: proud, contemporary, and not afraid to stand out. The Arch, the flag, the colors…we love that it feels unapologetically St. Louis, today but also with an eye towards our future.” Lee Broughton, St. Louis CITY SC’s Chief Brand Architect, said in a club press release.

Purina is the lead sponsor on the jersey, which also features BJC HealthCare as the secondary sleeve partner.

The left sleeve also provides the first look at the Apple TV patch ahead of Major League Soccer’s broadcast partnership with the company, which is due to begin in 2023.