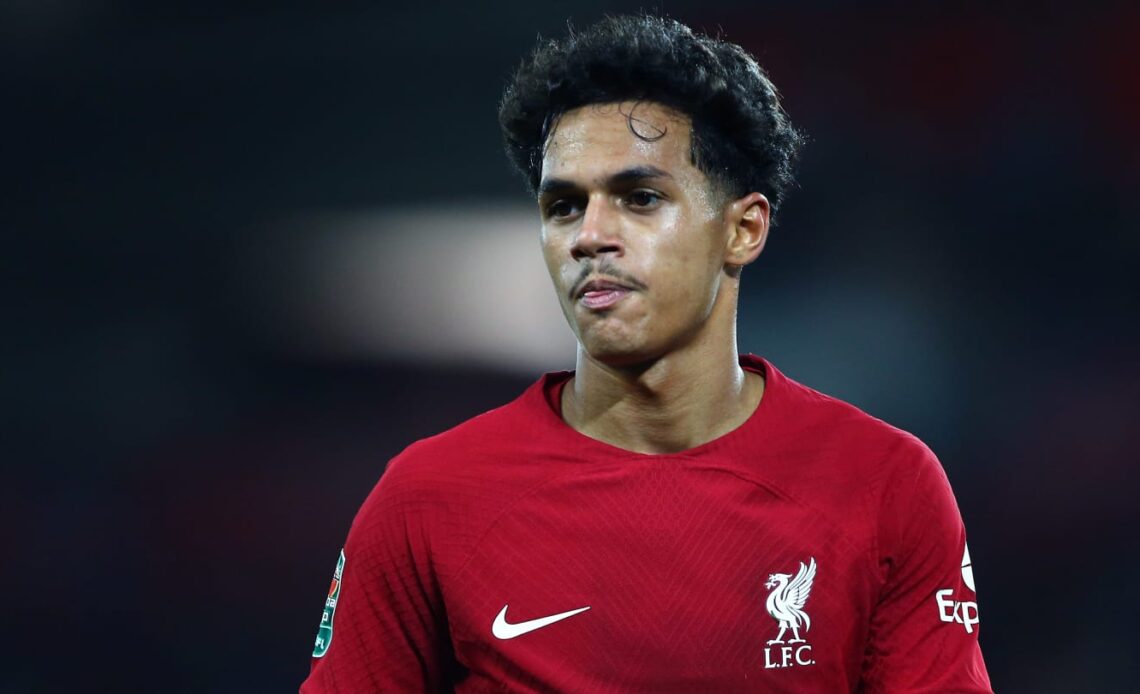 The manager of Portugal’s Under-21 side has revealed his shock at Fabio Carvalho’s abrupt refusal of a call-up.

The Liverpool midfielder withdrew from international duty via text message earlier this week after failing to advance from the country’s preliminary World Cup squad to the final 26-player selection.

Carvalho represented England between Under-15s and Under-18s but switched to Portugal in March, making four appearances for the Under-21 side before announcing his decision not to accept any further call-ups at that level.

Whether he plans to switch back to England remains to be seen, but Portugal Under-21 manager Rui Jorge has revealed the reason Carvalho gave in his message.

“Being in the Under-21s no longer brings any benefit,” Jorge replied when asked for Carvalho’s justification.

“We are from different generations, I know, but I thought he would call and that we could talk. I make a point of telling all the players that only I want in this space anyone who really wants to be here.”

The most damning statement from Jorge came when he was asked if he had a message for Carvalho after his withdrawal.

“All of us here wish you luck in your career,” Jorge responded abruptly.

Carvalho joined Liverpool from Fulham during the summer and has seen plenty of action under Jurgen Klopp, making 16 appearances in all competitions and even chiming in with two goals in the Premier League.