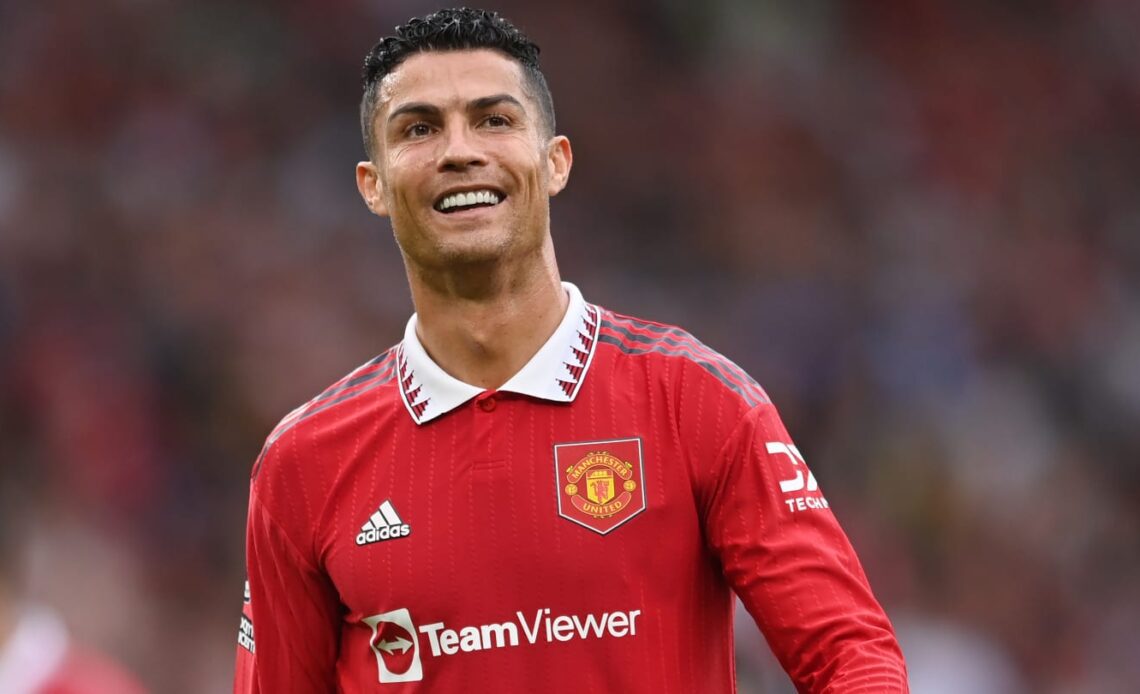 Cristiano Ronaldo has revealed that he would be happy to see Arsenal win the Premier League this season if Manchester United do not go all the way.

The Gunners sit top of the table heading into the World Cup, five points ahead of reigning champions Manchester City and 11 ahead of United, who climbed up to fifth after a tricky start to the season.

Amid United‘s struggles has been the controversy surrounding Ronaldo, who has publicly clashed with manager Erik ten Hag and amplified his concerns at Old Trafford with an inflammatory interview with Talk TV.

In one of the more light-hearted segments, Ronaldo revealed which team he’d like to see go all the way this season.

“Manchester United first, and if not, Arsenal is some team that I like to see play,” he said.

“I like the team. I like the coach. I think they have a good team. And if Manchester United don’t win the Premier League, I will be happy if Arsenal do.”

With major rivals City and Liverpool the other main contenders for the title, Ronaldo’s backing of Arsenal hardly comes as much of a surprise.

Ronaldo himself has three Premier League titles to his name but is unlikely to get the chance to add a fourth. United have fallen behind in the title rice, while the 37-year-old has confessed he does not even know if he will be back at Old Trafford after the World Cup.