Sun Devil Soccer travels to Los Angeles to face No. 1 UCLA and No. 8 USC 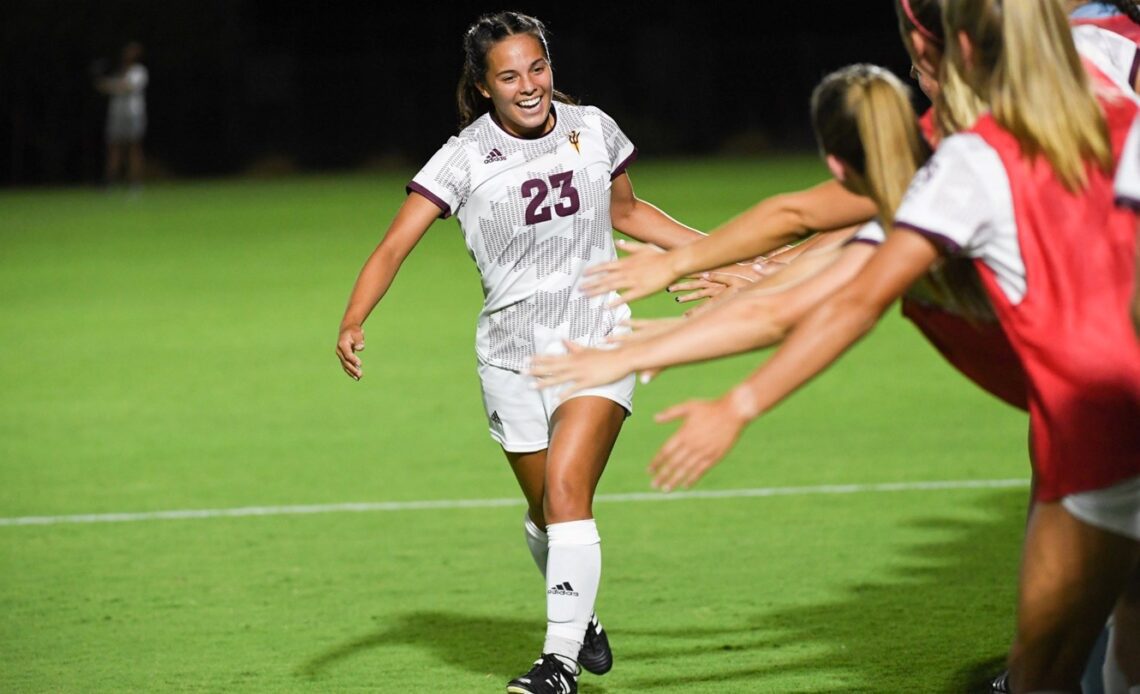 ASU’s accomplishments over the first six weeks of the season included a five-game winning streak, the program’s second 6-0-2 start in three seasons and its first 2-0 start in Pac-12 league play since 2007.

In ASU’s Pac-12 opener at Colorado (Sept. 23), Alexia Delgado scored the game’s first goal and midfield teammate Eva van Deursen accounted for the other two, including the game-winner with three seconds remaining in ASU’s dramatic, 3-2 win.

ASU had to come from behind to get off to its first 2-0 start in league play since 2007. For the second straight game, fifth-year seniors Delgado and van Deursen found the back of the net for the Sun Devils. Van Deursen’s goal in the 73rd minute – assisted by Delgado and Lucy Johnson – gave the Sun Devils a lead they would not relinquish.

ASU had to deal with the bitter taste of defeat for the first time this season after it was not able to score a goal for the first time this season in a 2-0 setback to Stanford last Sunday. When asked about the tall tasks his team will be facing this week, head coach Graham Winkworth talked about the upside of facing two Top 10 opponents on the road.

“We’re going to UCLA and USC where basically nobody else is winning,” Winkworth said of ASU’s next two assignments. “I look at it as an opportunity. If we can get something on the road next week, we’re doing something that other teams aren’t. You almost have to look at it as a no-lose opportunity because we can either do what everybody else is doing and still be in a reasonable position after five games or we can do even better and be in a fantastic position after five games.”

WHAT TO LOOK FOR
• ASU started the week in a three-way tie for fourth place (Stanford, Washington). The Bruins and Trojans are currently tied for first place with duplicate 3-0 records in league play. Washington State is in third place (2-0-1).
• ASU is currently in the midst of a six-game stretch in…