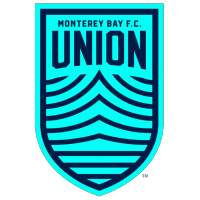 Media members looking to receive the document as an attachment or have further questions are asked to please contact Steven Vargo in the MBFC Communications Department via email at steven@montereybayfc.com.

Match Outlook: Following Tuesday’s loss to Las Vegas, Monterey Bay F.C. now needs wins in its final three matches plus outside help to make the playoffs in the club’s inaugural season. With just one home match left, a win in this Sunday’s fixture with Tampa Bay would be a crucial start to a necessary perfect finish. For Tampa Bay, a result on the weekend would go a long way toward clinching a home playoff match. The side currently sits in third place in the Eastern Conference with 55 points, tied with fourth place Birmingham Legion FC, two points above fifth place Pittsburgh Riverhounds SC, four points ahead of sixth place Detroit City FC, and just six points above Miami FC in seventh.

Additional Notes: In what will be the first all-time regular-season meeting with Eastern Conference side Tampa Bay, the Union will look to finish out the club’s regular season home schedule with a win on dual-themed Fan Appreciation Night. Monterey Bay F.C. is 8-5-3 so…